A modern method of treating panaritium 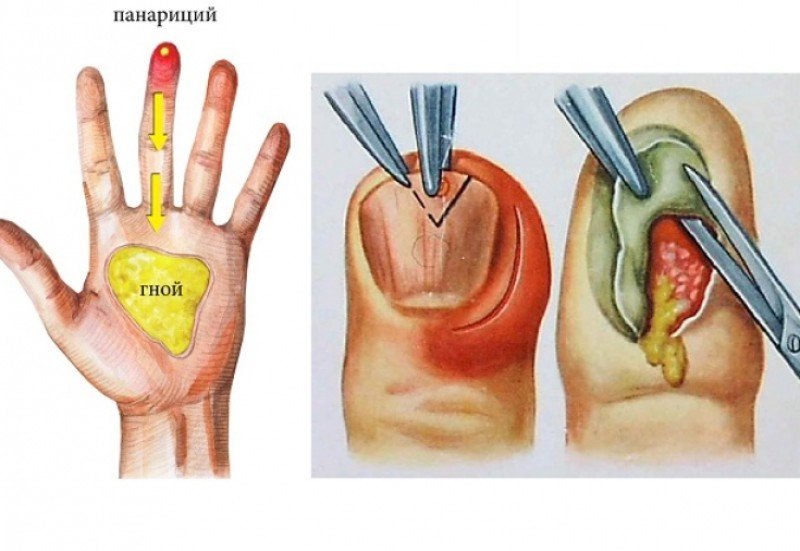 The first sign of the disease is throbbing pain, swelling and redness of the skin around the nail (in the lower, side or upper part). Soon, a bubble filled with pus appears under the skin, and the pain syndrome becomes more and more intense. The area of ​​​​inflammation of the subcutaneous felon gradually expands, and the inflammatory process itself goes deeper, spreading to the tendons and joints.

Varieties of the disease

• Periungual panaritium often occurs after manicure treatment of nails, when the master injures the skin roller adjacent to the nail.

• Bone panaritium is often the result of an open fracture or a complication of subcutaneous suppuration.

• Articular panaritium is localized between the phalanges. This process occurs with injuries of the limb, when putrefactive bacteria enter the joint.

• Tendon panaritium (tendovaginitis) is one of the most severe forms of purulent process. With this disease, the fingers are very swollen and lose mobility. It is impossible to straighten them because of the severe pain.

The easiest way to cure subcutaneous and periungual panaritium is at the initial stage, when a purulent bubble has not yet formed and there is no pronounced swelling. Local antiseptics are used as medicines (baths with furacilin or miramistin). At night, apply compresses from chamomile, plantain, oak bark. If the patient went to the doctor when the purulent capsule had already formed, then a surgical opening is prescribed, followed by washing and drug treatment of soft tissues.

With subungual panaritium without detachment of the nail plate, a resection of the nail root or the distal nail is performed (according to indications). If the nail exfoliates, a complete resection is indicated, after which the wound is closed with an antiseptic ointment and a bandage is applied.

Panaritium on the toes often develops as a result of an ingrown nail. At the initial stage of the process, the doctor prescribes compresses with antiseptics, dressings with antibacterial ointment, alcohol lotions. When the form is running, nail resection is used, tissue is opened, followed by antiseptic treatment.