Bleeding in the second half of pregnancy: causes, methods of treatment, prognosis for bleeding in late pregnancy 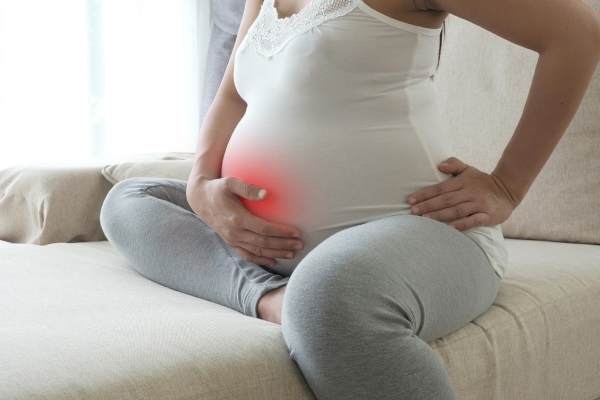 Possible causes in the II-III trimester:

- Incompetent cervix (premature opening of the cervix, which can lead to premature birth);

- Miscarriage (before the 20th week) or intrauterine death of the fetus;

- Detachment of the placenta;

- Preterm labor (especially if the bleeding is accompanied by cramps, dull back pain or pelvic pressure);

- Pathological conditions of the cervix, such as an infectious process, inflammation or neoplasms on the cervix;

- Rupture of the uterus.
Diagnosis of bleeding

In the anamnesis - a large number of births, abortions, post-abortion and post-natal septic diseases, uterine fibroids, deformation of the uterine cavity, advanced age of primiparas, pregnancy as a result of ovulation stimulation, in vitro fertilization.

Treatment of bleeding during pregnancy also depends on the cause of the symptom. If there are no pathological changes or the manifestation is provoked by damage to the polyp, medical attention is not required. In rare cases, the doctor recommends its removal. Expectant tactics are also used in case of cervical erosion. Her cauterization is carried out after childbirth. Bleeding during pregnancy against the background of the threat of miscarriage and placenta previa requires immediate hospitalization in an obstetric hospital, followed by the appointment of drug treatment. To reduce uterine tone, sedatives, tocolytics are used. Pregnancy management in this case requires careful monitoring by a specialist.