Diagnosis and treatment of chronic hepatitis 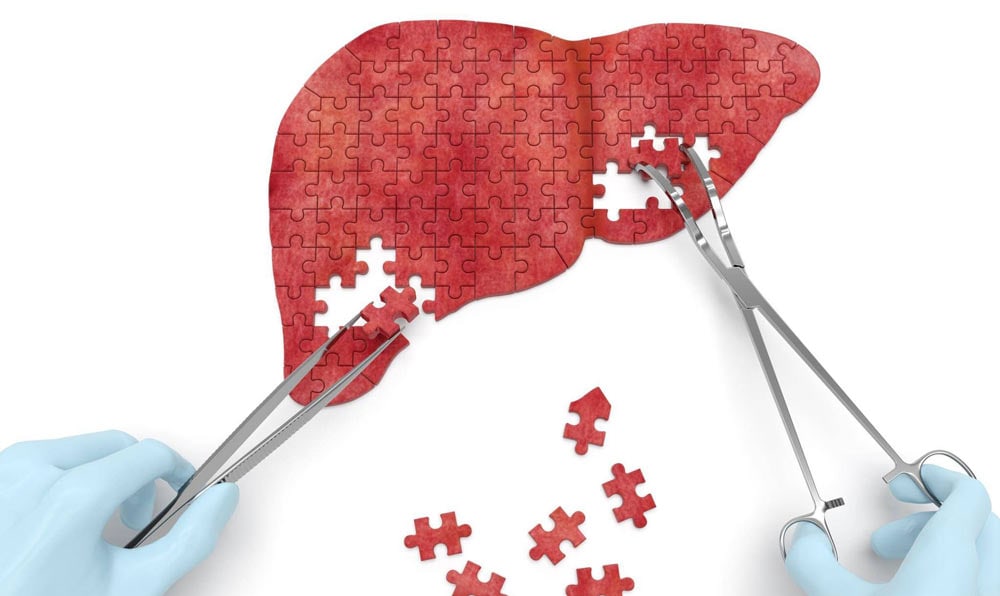 Causes of hepatitis:
Often, CG is associated exclusively with viral hepatitis. This is due to the fact that in the general population of all diagnosed cases, the share of viral etiology (as a rule, these are viruses B or C, less often the so-called superinfection of several viruses) accounts for up to 90%, and this proportion may increase due to high virulence, the duration of the latent period (usually over 10 years), and a number of other factors. However, viral invasion is still not the only cause of chronic hepatitis. There are also:
- toxic HCG;
- autoimmune hCG;
- cholestatic chronic hepatitis (stagnation of bile due to violations of the outflow);
- idiopathic chronic hepatitis (without an established cause).

Variants of toxic chronic hepatitis are alcoholic and medicinal.

The symptomatology of chronic hepatitis is very diverse, it is determined by the etiopathogenetic mechanism, general condition, etc. Sometimes the disease begins acutely, in other cases it is latent for years. Common symptoms include the following:
- malaise, asthenia, apathy, decreased or lack of appetite;
- vague discomfort, heaviness or pain in the right hypochondrium or other abdominal areas;
- enlargement of the liver and / or spleen;
- subfebrile condition;
- jaundice (usually not typical for a slowly progressing process, however, during exacerbations or severe conditions, it may also be accompanied by specific changes in the color of excrement).
In general, in chronic inflammation of the liver, especially autoimmune variants of hepatitis, almost all systems can be involved, which is manifested, for example, by acne or vascular "asterisks", joint pain, symptoms of endocrine or renal disorders, and many others. others

The basis for the diagnosis of chronic hepatitis are biochemical tests (liver tests), and a virological study is required to identify the pathogen, if any. Such serological tests are quite complicated, but necessary.

In some cases, a liver biopsy is indicated; during dispensary observation, patients undergo ultrasound at least once a year.

The most important task is to identify the cause of chronic hepatitis - and, if possible, its elimination or maximum suppression.

So, with toxic forms, hepatotoxic drugs are canceled and alcohol is excluded; with autoimmune hepatitis, hormones and immunosuppressants are prescribed; with viral forms, on the contrary, stimulation of the immune system is necessary. In cases of viral hepatitis with severe fibrosis or cirrhosis, severe liver failure, they resort to liver transplantation; the virus recurs in the donor organ, but the process slows down significantly.

You can safely start treatment, which we carry out as quickly and efficiently as possible in Tashkent. The Gatling-Med clinic will make you feel confident in yourself and in your health!