Diagnosis and treatment of chronic pyelonephritis 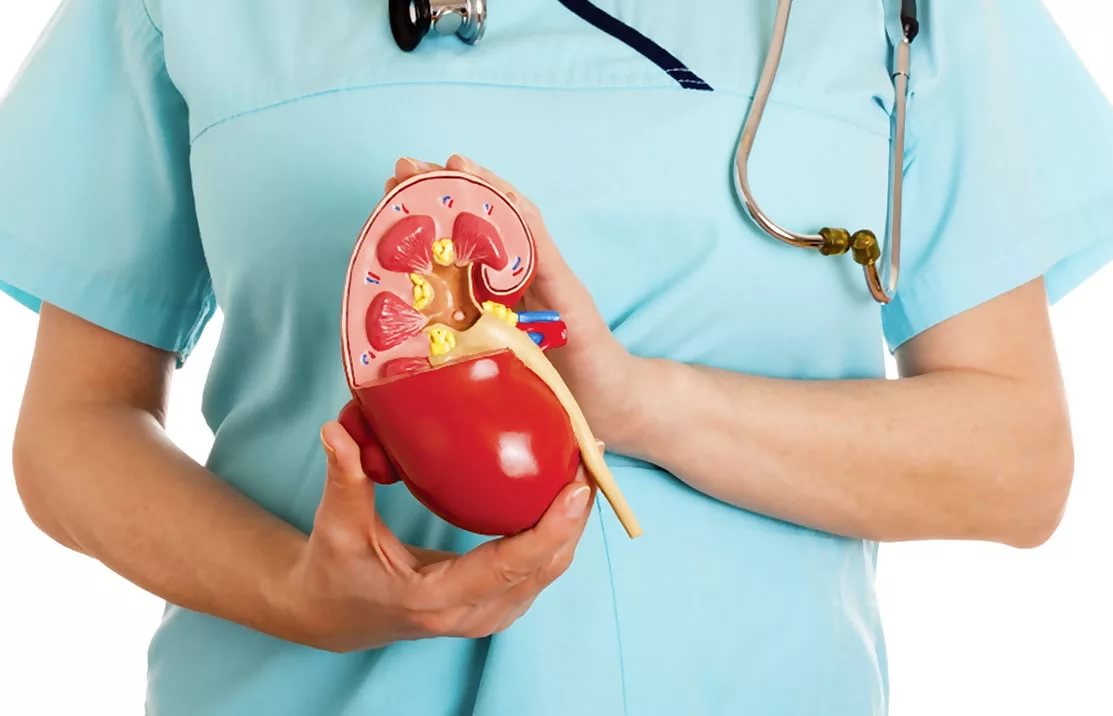 Primary pyelonephritis gives a more pronounced clinical picture than secondary. The following symptoms may indicate an exacerbation of chronic pyelonephritis:

- an increase in body temperature to high values, sometimes up to 39 degrees,

- the appearance of pain in the lumbar region, both on one and on both sides,

- the occurrence of dysuric phenomena, - deterioration in the general well-being of the patient,

- the occurrence of headaches,

The appearance of the patient changes somewhat. He can notice these changes on his own, or the doctor will pay attention to them during the examination. The face becomes somewhat puffy, there may be swelling of the eyelids. The covers are pale, bags under the eyes are not uncommon, they are especially noticeable after sleep.

The difficulty of diagnosing chronic pyelonephritis is due to the variety of clinical variants of the disease and its possible latent course.

In the general analysis of urine in chronic pyelonephritis, leukocyturia, proteinuria, cylindruria are detected. The study of urine according to the method of Addis-Kakovsky is characterized by the predominance of leukocytes over other elements of the urinary sediment. Bacteriological culture of urine contributes to the detection of bacteriuria, identification of pathogens of chronic pyelonephritis and their sensitivity to antimicrobial drugs. To assess the functional state of the kidneys, Zimnitsky and Reberg tests, a biochemical study of blood and urine are used. In the blood in chronic pyelonephritis, hypochromic anemia, accelerated ESR, neutrophilic leukocytosis are detected.

Treatment of chronic pyelonephritis includes a sparing regimen, diet and drug therapy. Patients should avoid hypothermia and colds. Any infectious diseases that occur against the background of pyelonephritis require adequate therapy and monitoring of urine tests.

Drug therapy can be effective only if an unimpeded outflow of urine is ensured. Of the drugs, antibacterial agents are usually used (antibiotics, sulfonamides, uroseptics). Antimicrobial treatment is prescribed taking into account the sensitivity of the microorganisms that caused inflammation. In the case of chronic pyelonephritis, treatment is long-term; a combination of antibacterial drugs with different mechanisms of action is usually used. Antibacterial treatment should be continued until the complete elimination of leukocyturia and urine sterilization.

When the exacerbation subsides, anti-relapse treatment is carried out, which consists in a long-term, many months of use of minimal doses of antimicrobial agents with a periodic change of drugs. Along with drug treatment, phytotherapy is important. A good effect is observed when using decoctions and infusions of various plants that have a diuretic, anti-inflammatory and antibacterial effect. Usually they use juniper berries, horsetail grass, bearberry leaf, kidney tea.