Diagnosis and treatment of isthmic-cervical insufficiency 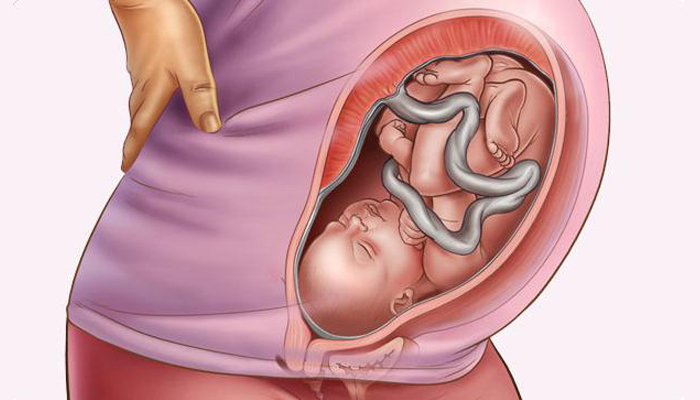 The following factors may increase the risk of cervical weakness:

- Connective tissue disease at birth (congenital), such as Ehlers-Danlos syndrome

- Damage to the cervix

- Congenital malformations of the uterus, including anomalies of the Müllerian duct

- Previous miscarriages in the 2nd trimester

During previous births, the cervix may have been injured. Damage that can occur when a large piece of tissue is removed from the cervix for biopsy or when instruments are used to dilate the cervix

Most women with cervical insufficiency do not have the above problems.

Isthmic-cervical insufficiency is usually not detected until a woman gives birth prematurely. She is suspected if a woman has previously had miscarriages in the 2nd trimester.

A doctor may also suspect isthmic-cervical insufficiency if he finds too early dilatation of the cervix during regular examinations during pregnancy.

Treatment
Stitching the cervix to prevent it from dilating too early

The doctor may place stitches around or through the cervix to keep it from opening too early. This procedure is called suturing the cervix.

A suture is placed on the cervix in the 1st trimester if the risk of isthmic-cervical insufficiency is high, and also if the woman has previously had miscarriages in the 2nd trimester. The cervix may be stitched up to 24 weeks if the doctor does not know how previous pregnancies went, but suspects that the woman had problems even if she had a short cervix.

Before suturing the cervix, the woman is given general anesthesia or local anesthesia. The doctor then inserts instruments through the vagina to place stitches. Stitches are usually removed before childbirth. Sometimes they are left and a caesarean section is done.