Diagnosis and treatment of nose diseases 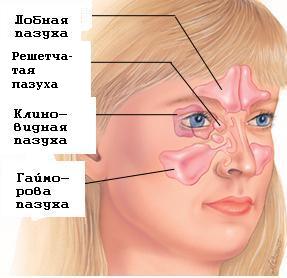 In the treatment and diagnosis of the nose, the following services are provided:

Nasal lavage is performed by moving the liquid (Cuckoo method). This method is performed for adenoids, polyps, allergic rhinitis, runny nose, various infections in the nasal sinus, tonsillitis and sinusitis, frontal sinusitis, ethmoiditis, sphenoiditis. The lavage procedure is contraindicated for patients with persistent nosebleeds and epilepsy. Washing is performed by slowly infusing a warm medicinal solution into one nostril with simultaneous suction of the same solution, together with pus and mucus, with a vacuum device from the second nostril. With this washing, snot is removed along with allergens, microbes and dust. The movement of mucus and the work of cells of the ciliated epithelium of the mucosa are improved. It can reduce swelling and inflammation. Nasal lavage is also carried out in patients in the postoperative period who underwent surgery on the maxillary sinus.

It is recommended to carry out the procedure surgically, as this method is the most effective and safe. And drug treatment can drag on for a long period, as for conservative methods, they relieve only temporarily and the disease recurs. The otolaryngologists of the GATLING-MED clinic, taking into account the modern endoscopic technique of the operation, carefully treat the pharyngeal tonsil, preserving the healthy part of the tonsil as the most important immune organ.

Treatment of maxillary sinusitis and removal of a cyst or other body from the maxillary sinus. The operation can be performed through the gum or nasal cavity. With the physiological, harmless and non-defective endoscopic technique, you can be sure of the safety of the operation, which does not require incisions. The operation is indicated for patients in whom the cyst is a concern and in those who are scheduled for implantation of the upper jaw.

The operation takes about an hour, but if there are obstructions to the nasal sinus, it can take longer.

4. Correction of the nasal septum.

Septoplasty, that is, correction of the nasal septum, is recommended for those who have difficulty breathing, in the presence of diseases such as rhinitis, chronic sinusitis and otitis media. The operation is carried out within two to three hours. You should not be gentle about this problem, since with a lack of 25-30% of oxygen, it can lead to such consequences as ischemic disease of the brain and heart.

It is performed for acute inflammatory diseases of the paranasal sinuses, with vasomotor rhinitis, with phlegmon of the root of the tongue, with swelling of the face and with trigeminal neuralgia.