Diagnostics and treatment of vomiting of pregnant women (early toxicosis) 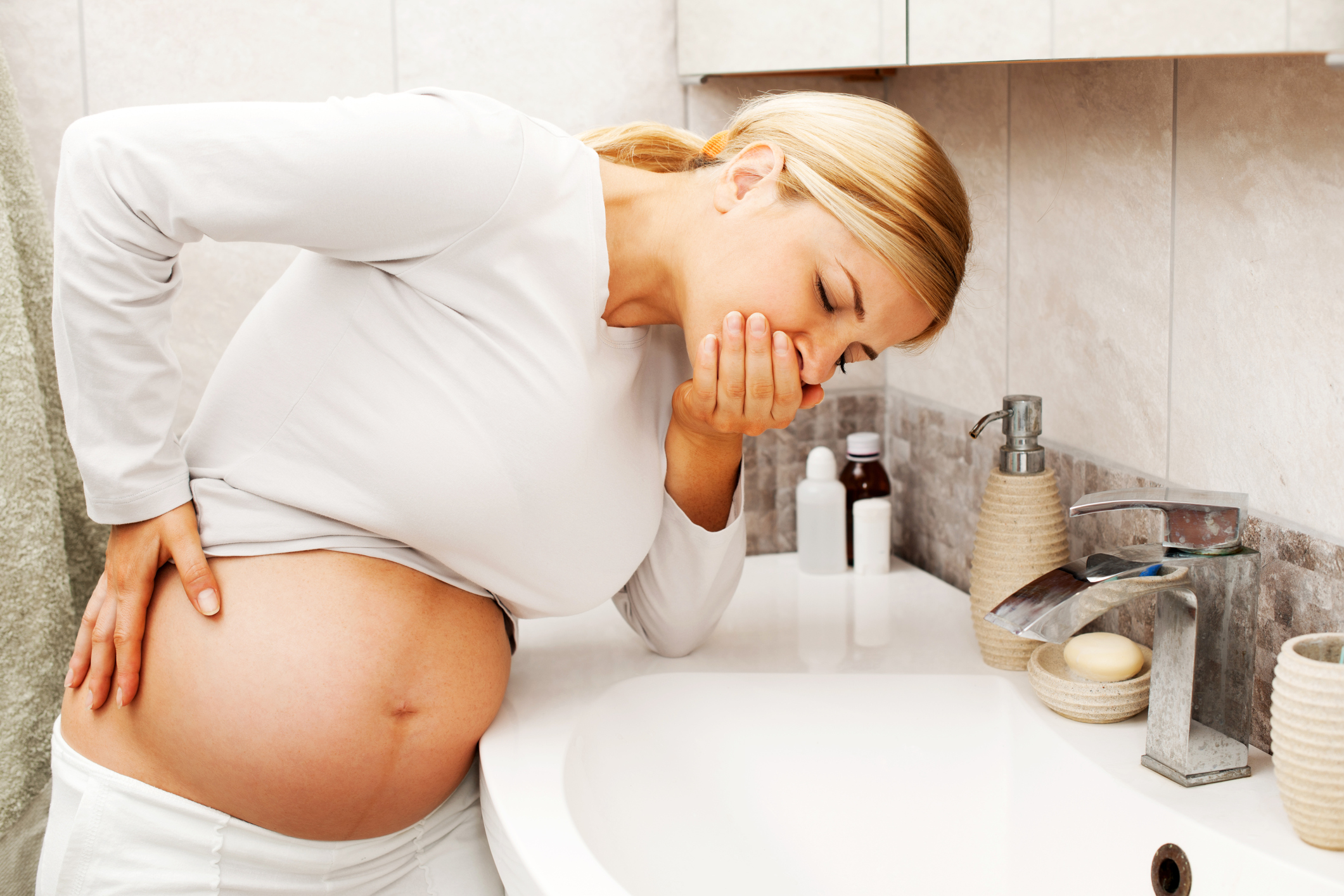 Vomiting of pregnant women (early toxicosis) - But it is this period of pregnancy that is often complicated by early toxicosis. According to statistics, every second expectant mother suffers from this ailment. Many mistakenly consider it to be the norm, but this is not so: toxicosis is a pathology.
Usually, the word "early toxicosis" is understood only as nausea, vomiting and salivation. The medical understanding of this word is somewhat different from the ordinary one: in textbooks on obstetrics, toxicosis is considered to be all pathological changes in a woman's body that may appear in the first trimester of pregnancy. These include not only nausea and vomiting, but also some other unpleasant phenomena that are much less common (dermatoses - skin lesions, tetany - muscle cramps, osteomalacia - softening of bones, jaundice, bronchial asthma of pregnant women

Despite numerous studies, it has not yet been possible to find the cause of the toxicosis. The most popular and most well-founded theory of the onset of toxicosis is the so-called neuro-reflex theory, according to which disturbances in the relationship between the central nervous system and internal organs play an important role in the development of the disease. Everyone knows that during pregnancy, many women become more moody, irritable, whiny. This is because during the gestation of a baby, the historically "old" subcortical structures of the brain begin to work more intensively than usual, whereas usually in a person at the highest stage of evolution, the cortex is more active. But the subcortical structures form most of the protective reflexes, and wise nature, protecting pregnancy, makes this part of the brain of the expectant mother work with greater efficiency. The vomiting center is located in the subcortical structures, as well as the olfactory zones and cells that “control” the internal organs, including the stomach, heart, blood vessels, lungs, and salivary glands. Therefore, nausea and vomiting may be preceded by such phenomena as deepening breathing, increased heart rate, increased amount of saliva, pallor caused by vasospasm.

The most common manifestation of toxicosis is vomiting, which can occur with different frequencies, depending on the severity of the toxicosis.

With a mild course of toxicosis, vomiting occurs no more than 5 times a day, it may be accompanied by a prolonged or constant feeling of nausea. Vomiting occurs on an empty stomach and can be caused by food intake or unpleasant odors. At the same time, body weight loss is either absent or small - 1-3 kg (up to 5% of body weight before pregnancy). This condition can be easily treated at home.
In more severe cases, vomiting occurs up to 10-20 times a day and is accompanied by salivation, while the general condition of the woman deteriorates significantly, weakness and apathy occur.

- Get more rest and sleep. Sleep whenever possible and the body asks. A woman with severe toxicosis is almost always helped by a 5-day sick leave.

- Avoid long meal breaks. Eat light and high-calorie foods every 3 hours. Banana, date, dried fruit, sweet yogurt often help. It's not scary if there is a roll or biscuits. All this is quickly digested, absorbed and gives you energy. But it is better to refrain from meat, fish, fatty and multicomponent dishes (for example, Olivier salad). This food is difficult to digest and assimilate. You will have to experiment with fiber. During pregnancy, constipation is often due to a relaxed - for the company with the uterus - intestines. In this case, coarse raw fruits and vegetables will trigger peristalsis and regulate stool, but for some they cause gas and unpleasant colic in the stomach. So you have to try.

- Very often, nausea is especially pronounced in the morning, after sleep. This is due to the large hunger interval. To mitigate the sensation, try to have a light snack just before bed. If you get up at night to use the toilet, then sip half a banana or a cracker along the way. And in the morning, waking up, not getting out of bed yet, eat yogurt, cottage cheese, a bun. Lie down for another 20 minutes. Then get up, eat loose breakfast, and only then brush your teeth.

- The more dehydrated the body, the more intoxication. Start drinking warm, hot, good quality water in small sips. Necessarily between meals, not during. For taste, you can first add lemon or lime, you can buy mineral water in a glass at a pharmacy and drink it, preferably stirring and releasing gases from the bottle. But if you have not drunk water before, or drank very little of it, then you should not suddenly start drinking it in large quantities.