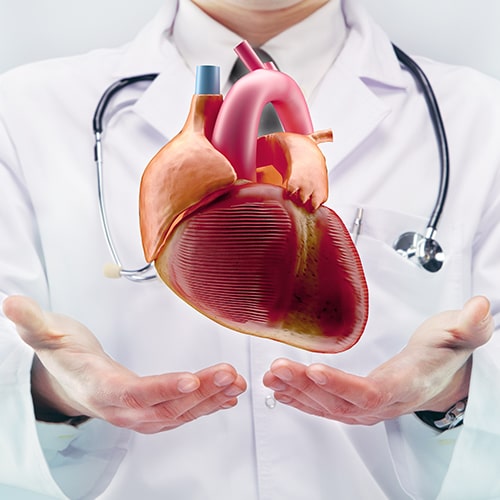 Current guidelines, as has been the practice in recent years, indicate classes of recommendation and levels of evidence, so further reference will be made to classes of recommendations and levels of evidence when considering treatment.
In the presence of signs of LV dysfunction or overt CHF, the use of drugs of the following groups should be considered - β-blockers (BAB), ACE inhibitors (IAPF) (or angiotensin 2 receptor blockers - sartans), cardiac glycosides, diuretics, aldosterone antagonists, blocker If- channels of the sinus node of ivabradine.

2. Cardiac glycosides From this group of drugs, only digoxin is currently used. Digoxin is prescribed in the presence of a tachysystolic form of atrial fibrillation / or atrial flutter and the impossibility (contraindications) of using BAB. Digoxin can also be used in sinus tachycardia with significantly reduced LVEF according to ECHO-KG data (less than 30%), as well as in severe hypotension, which is a contraindication for BAB prescription.

3. The effectiveness of IAPF in patients with CHF has been studied in studies that have become classic in cardiology - Cooperative North Scandinavian Enalapril Survival Study (CONSENSUS) [20], Studies of Left Ventricular Dysfunction (SOLVD) [21], Assessment of Treatment with Lisinopril And Survival (ATLAS)

5. Diuretics The indication for the appointment of diuretics is the presence of edematous syndrome, the dose of diuretics used in cardiology. It should be noted that indapamide is not used for the treatment of CHF, and the diuretic metolazone is not available in our country.

6. Ivabradine The blocker of If-channels of the sinus node ivabradine slows down the number of heart contractions and is used in the presence of sinus tachycardia and reduced LVEF according to ECHO-KG, especially if it is impossible to increase the dose of BAB due to the threat of arterial hypotension. In the study The Systolic Heart failure treatment with the If inhibitor ivabradine Trial (SHIFT) with the inclusion of 6588