Modern methods of treating itching of the anus 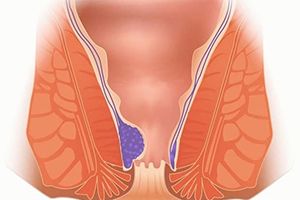 Symptoms:
Depending on the clinical course of the disease, there are several forms of itching of the anus:
- Acute - characterized by pronounced symptoms, the appearance of edema and irritation in the anus, sometimes bleeding. Often the symptoms come on suddenly;
- Chronic - in this case, the discomfort increases gradually. If itching exists for a long time, then this can lead to infection of the tissues in the anus. And this is fraught with the occurrence of inflammatory processes that can cover the rectum and spread further.

Treatment:
Treatment of itching is reduced to the elimination of the causes of its occurrence. The plan of therapeutic measures is selected depending on the factors that led to this problem. So when you find:
- Diseases of the rectum - the doctor selects a course of therapy for the treatment of a specific pathology;
- Parasites are prescribed anthelmintic drugs;
- Infections - in most cases, antibiotic therapy is used;
- Allergies - antihistamines are selected;
- Skin diseases - ointments with a drying effect are used.
Also, the doctor prescribes special drugs, the action of which is aimed at reducing the itching itself. At the same time, it is important to observe the rules of personal hygiene and exclude foods that can cause itching from the diet.