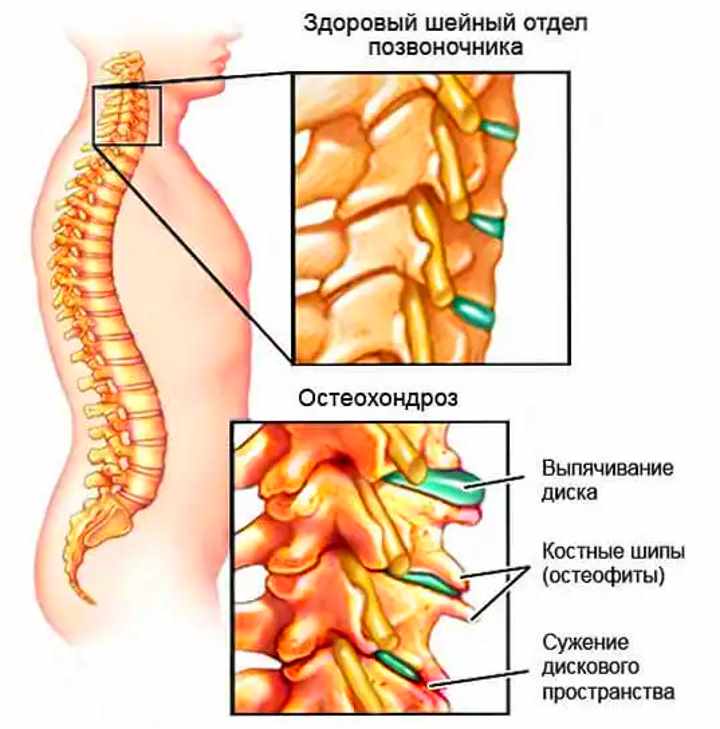 The essence of the disease is reduced to a violation of the structure of the tissues of the vertebrae and intervertebral discs, which leads to a decrease in their elasticity and a change in shape. The gap between the vertebrae is significantly reduced, and in this place there is a loss of stability of the spine. Pathological tissue destruction is accompanied by pinching of the nerve endings coming from the spinal cord, and leads to constant tension of the spinal muscles. The occurrence of back pain and other symptoms inherent in osteochondrosis is observed. The weakening of the intervertebral discs becomes the cause of the development of such a pathology as a spinal hernia, and the further course of the disease leads to degradation of the joints of the spinal column and intervertebral ligaments. There is the formation of bone processes - osteophytes. There are three forms of osteochondrosis - cervical, thoracic and lumbar. All the symptoms inherent in the disease osteochondrosis are often observed in people who prefer sitting at a computer to active physical activity. As a result of prolonged stay in an unnatural position for the spine, posture disturbances are formed, degradation of the spinal muscles, leading to various pathologies of the spine.