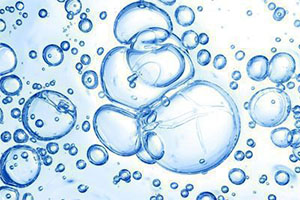 Diabetes mellitus is a serious medical and social problem. The prevalence of diabetes mellitus in the world ranges from 2-3%, among young and middle-aged people, and among people over 55 years old it reaches 16%. Taking into account that ozone has a multifaceted therapeutic effect, namely, it has a direct antibacterial, antiviral effect, enhances microcirculation, including by improving the rheological properties of blood, helps to correct hormonal disorders, and also causes an immunomodulatory effect, ozone therapy is actively used in treatment patients with type 1 or type 2 diabetes. The positive effect is often observed after the first procedures.

• Under the influence of ozone, the permeability of cell membranes for glucose increases, which, accordingly, causes a decrease in the level of glucose in the blood due to its more active entry into the tissues;

• Glucose is restored to final products, i.e. restoration of the original function of carbohydrates - energy;

• Bactericidal action for purulent wounds. Ozone therapy allows you to localize the foci of inflammation, accelerate the cleansing and healing of wounds;

Generally, the methods of general ozone therapy are used (large autohemotherapy, intravenous administration of 200-400 ml OFR, rectal insufflation of the ozone-oxygen mixture), and in cases where there are pronounced trophic disorders, it is advisable to combine the procedures of general ozone therapy with local effects in the form of "ozone boots", subcutaneous or intramuscular administration of an ozone-oxygen mixture. It should be noted that ozone therapy for patients with diabetes mellitus should be carried out under constant monitoring of blood glucose levels and, if necessary, accompanied by a decrease in the dose of injected insulin or glucose-lowering drugs.