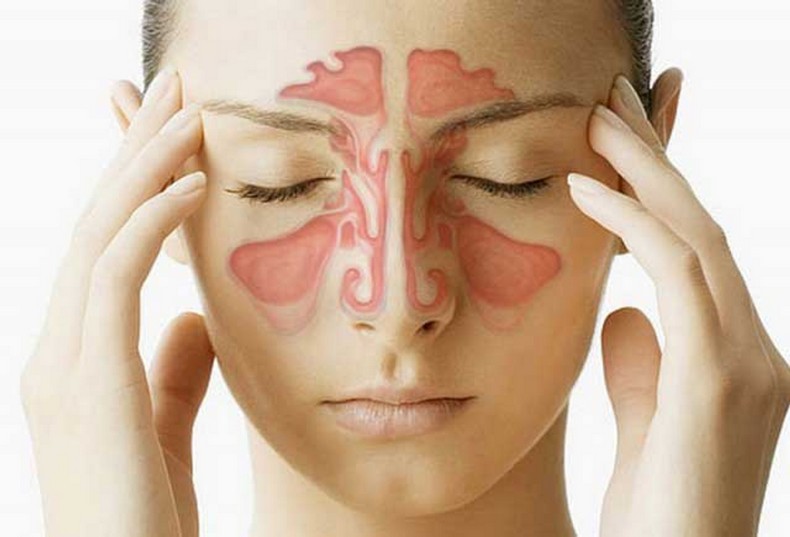 Pansinusitis is an infectious disease characterized by inflammation of the mucous membrane inside the sinuses and lasts up to 4 weeks. It is an extremely common disease in children and adults. It can occur as a result of a viral or bacterial infection.
In the case of a virus, special treatment is not required, while a bacterial infection is more severe and requires drug therapy. The drugs are prescribed strictly by the doctor.

Causes
Traumatic injuries of the middle and upper third of the skull are accompanied by the destruction of the bone structures of the sinuses and the nasal septum, resulting in obstruction of the excretory ducts. When foreign objects enter the sinus, the development of similar symptoms is noted.

The development of acute inflammation of the accessory sinuses is associated with acute respiratory infections, the causative agents of which are respiratory syncytial infection, adenoviruses, parvoviruses. In the chronic variant of the course, the bacterial flora is more often the causative agent: staphylococci, beta-hemolytic streptococci, pneumococci.

Symptoms
The pain is most often localized in the region of the bridge of the nose, superciliary zone, orbits, occiput, central part of the head. On palpation, painful sensations intensify, in the projection of the sinuses, soft tissue edema is observed. Headaches appear due to the spread of the inflammatory process to the membranes of the brain. The headache does not have a clear localization, it increases with sudden movements of the head and physical exertion.

The patient complains of difficulty in nasal breathing, which occurs against the background of obstruction of the sinus outlet openings and swelling of the mucous membrane. As a result of atrophy of the nasal mucosa, the patient's sensitivity to odors decreases or anosmia occurs.

Diagnostics
Diagnosis of pansinusitis is based on the analysis of complaints, physical examination data, a set of laboratory and instrumental studies. To confirm the diagnosis, anterior and posterior rhinoscopy, diagnostic puncture, radiography and ultrasound examination, computed and magnetic resonance imaging of the paranasal sinuses are used.

Treatment
With a mild course, etiotropic therapy consists in selecting the correct antibiotic therapy if bacteria are the causative agent of the disease. For viral infection, interferons, synthetic nucleosides are used, and for fungal etiology of the disease, fungicidal agents are used.

Symptomatic therapy is necessary to alleviate the general condition and prevent the side effects of etiotropic treatment. To eliminate pain, non-steroidal anti-inflammatory drugs can be used, for edema relief - antihistamines and glucocorticoid inflammation. To stabilize the microflora, the intake of probiotics and prebiotics is indicated.