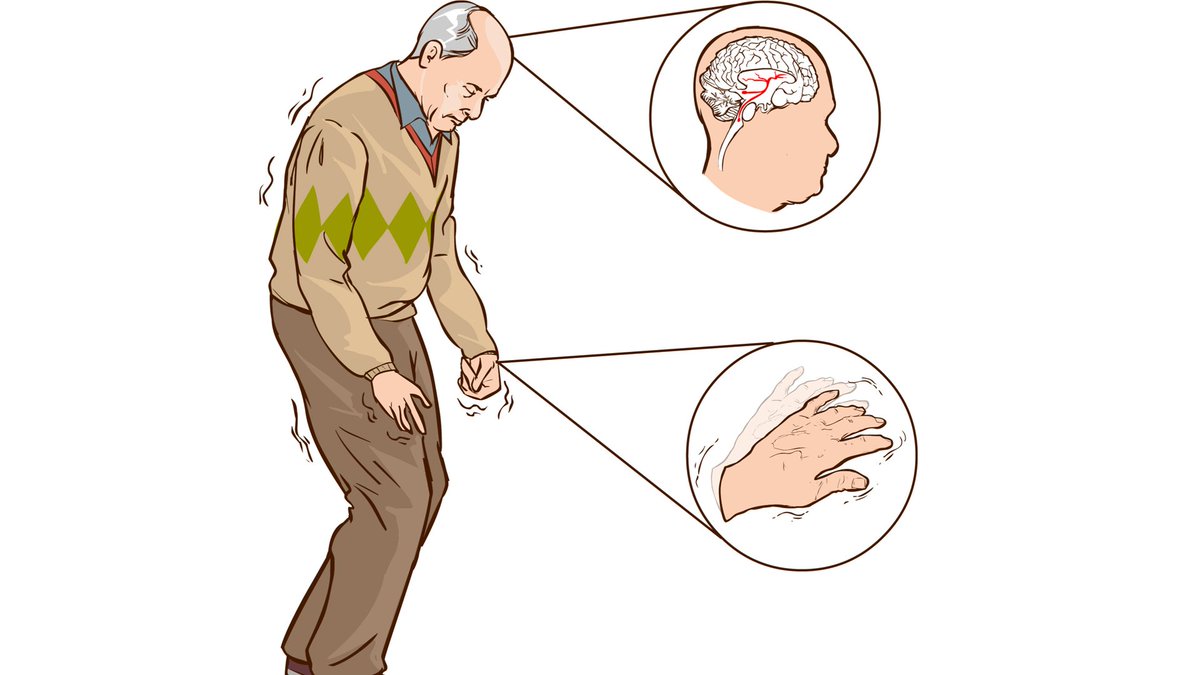 Parkinson's disease is a chronic, progressive neurodegenerative disease in which tremors (tremors), stiffness and slow motion (bradykenesia), balance, gait, and coordination develop. In the late stage of parkinsonism, mental disorders join, the patient becomes completely immobilized and needs constant medical attention. For the first time this disease was described by the English physician James Parkinson in 1817, under the name "tremor paralysis". The reason for the development of parkinsonism is a violation of the production of dopamine by cells in the substantia nigra of the brain, which is necessary for the normal functioning of neurons, which leads to the development of characteristic motor disorders. As a rule, the disease has a slow but progressive course.

Parkinsonism is diagnosed mainly by clinical signs and magnetic resonance imaging. Another condition in which tremors of the hands, head, lips, voice, trunk and legs are the main symptom is essential tremor (idiopathic tremors, Minor's disease). It is a hereditary disorder that most commonly affects men over 60, but it can also start at a young age. The disease has a slowly progressive course, however, unlike Parkinson's disease, other symptoms, such as stiffness and rigidity, usually do not bother patients. Trembling with essential tremor is significantly increased by movement and attempts to maintain a certain posture, therefore, this greatly reduces the quality of life of patients due to the inability to do work, and sometimes to self-serve themselves in everyday life.

Treatment
Treatment for Parkinson's disease always begins with taking medications containing dopamine to compensate for the lack of it in the body. These are the so-called levodopas-containing drugs, which usually take a lifetime. However, in many patients, drug therapy does not lead to an improvement in clinical symptoms, and the need to use high dosages of drugs causes serious complications, such as dyskinesia in the extremities, nausea, edema, depression and hallucinations. Therefore, in addition to drug therapy, neurosurgical methods of treating the symptoms of parkinsonism are used all over the world. They consist in the local destruction of the subcortical nuclei responsible for the appearance of tremors and rigidity. This does not lead to getting rid of the disease as a whole, but it significantly helps patients to adapt in everyday life, since many of them are not able to perform even the simplest actions: bring a spoon to their mouth, fasten a button or sign. After the operation, patients can serve themselves independently, and they do not need large doses of drugs.