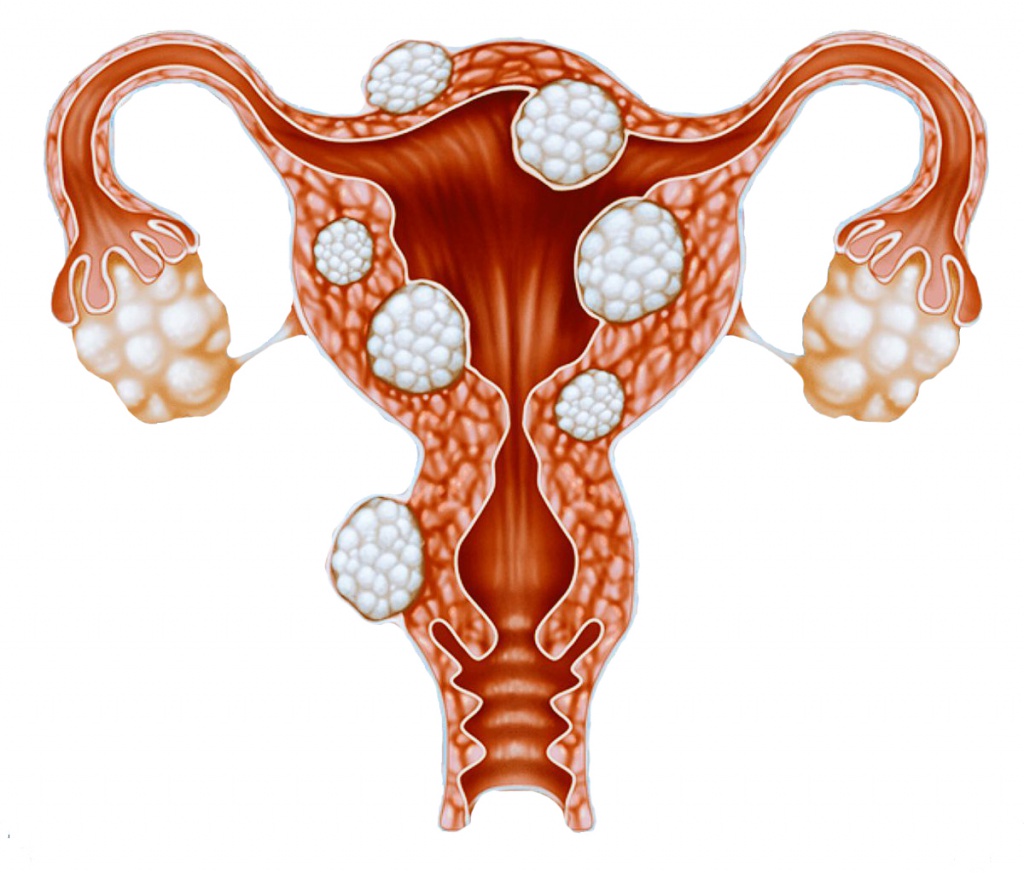 A nascent uterine myoma is diagnosed in 25-30% of women suffering from gynecological diseases. Myoma is a benign tumor that forms in the tissues of the myometrium - the muscle layer of the uterus. Most often, pathology occurs against the background of hormonal disruptions, among the reasons also include inflammatory diseases, abortion, decreased immunity and hereditary predisposition.

Depending on the place of appearance of neoplasms, the following types of fibroids are diagnosed.

- Intramural (intramuscular). It is formed in the middle muscle layer and occurs in 60% of cases. The pathological process is accompanied by a significant increase in the uterus, menstrual irregularities, severe pain and pressure on the bladder and rectum.

- Subserous. It arises from the outside of the uterine wall, in its serous membrane. Tumor nodes grow outside, in the pelvic area, so myoma is asymptomatic, a woman may occasionally be bothered by constipation or frequent urination.

- Submucous (submucous). Formed deep in the uterine cavity, under the mucous membrane of its inner wall. Such myoma is rare and is accompanied by severe symptoms: cycle disorders, profuse bleeding, pain in the lower abdomen and lower back.

The formation of fibroids is not always accompanied by pronounced symptoms: for example, they are practically absent in subserous fibroids. In other cases, the following clinical picture is characteristic of the disease:

- changes in the menstrual cycle (lasting more than 8 days, excessive bleeding, the release of a large number of blood clots, spotting of varying intensity in the middle of the cycle);

- pain in the lower abdomen or in the lumbar region, sometimes radiating to the legs; the intensity of sensations depends on the size and location of the fibroid;

- frequent or difficult urination, constipation associated with compression of the pelvic organs;

- an increase in the size of the abdomen;

- discomfort or pain during intercourse