Treatment of azoospermia and microsurgical operation 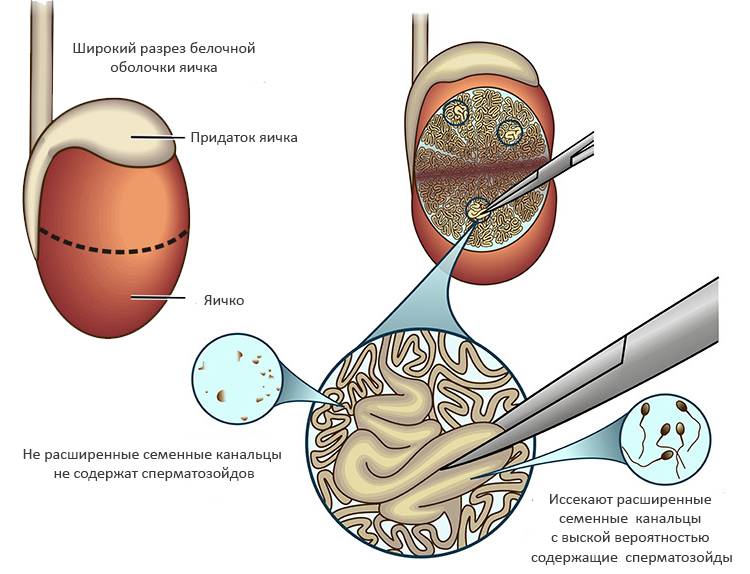 Azoospermia is the absence of sperm in the ejaculate. It can go unnoticed for a long time: there are no symptoms, the volume of ejaculate is preserved, the quality of life does not suffer - but until a certain moment, when the couple is faced with the impossibility of a natural pregnancy. A persistent search for reasons makes one turn to an andrologist-urologist or a reproductive specialist who directs a man to a spermogram. And so, the sperm was donated, but the most important component was not found in it ... There is no need to panic. In this case, the spermogram is taken again, not earlier than 2 weeks later, with strict observance of the rules for preparing and passing the analysis. The diagnosis of azoospermia is made on the basis of a series of examinations, and the best result is taken into account. Or secretory, when sperm production is disrupted. Either sperm precursor cells are not formed, or there are obstacles to their maturation.

The most common causes:

- Hypogonadism due to hormonal disorders;

- Toxic (including medicinal), temperature, radiation effects on the spermatogenic epithelium of the testicles;

- Abuse of alcohol, smoking; drug use can also be classified as toxic, but stand out as behavioral factors.

In this case, spermatogenesis is preserved, but difficulties arise when spermatozoa pass through the vas deferens. Exit obstructions in the form of cicatricial, adhesive tissue changes, cysts can occur as a result of trauma, urogenital infections, inflammation of the testicle, its appendages (orchitis, epididymitis) or prostate gland (prostatitis) or anomalies in the development of the vas deferens (aplasia).

TREATMENT
Operations are performed under short-term intravenous anesthesia, under spinal anesthesia or, less commonly, under local anesthesia. A few hours after the control examination by the doctor, the patient can be allowed to go home. The obtained spermatozoa are used immediately or subjected to cryopreservation for the required period, and then they can be used in the IVF ICSI program (when a specially selected, best spermatozoon is introduced into the egg using a microneedle). Since mature, morphologically complete, mobile spermatozoa are selected, the chances of successful fertilization increase, which means that the desired pregnancy is getting closer and closer.