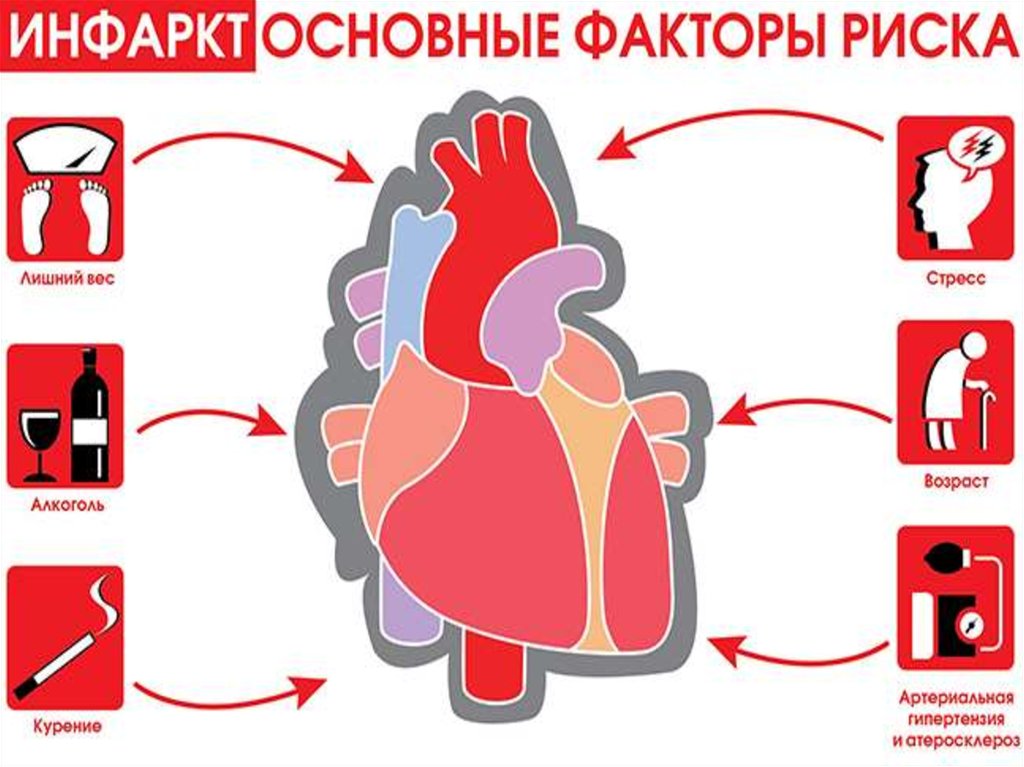 Myocardial infarction is an acute condition, a clinical form of coronary heart disease, characterized by a cessation of blood supply to any of the parts of the heart. When the blood supply is disrupted for 15-20 minutes or more, the “starving” part of the heart dies off. This site of death (necrosis) of the heart is called myocardial infarction. A person at this time feels a sharp unbearable pain behind the sternum, which does not go away even after taking several tablets of nitroglycerin in a row.

• pain in the abdomen;

Myocardial infarction has quite characteristic symptoms that allow it to be predicted with a high degree of probability even in the pre-infarction period of the development of the disease. The patient's condition is characterized by more prolonged and intense retrosternal pain, less amenable to elimination with nitroglycerin. Sweating, shortness of breath, a variety of arrhythmias, or nausea may occur. Also, patients with great difficulty withstand even small physical exertion.

The treatment process includes several stages, each of which takes place in special conditions.

Prehospital. The ambulance team performs primary resuscitation and delivers the patient to the hospital.

Hospital. Doctors of the specialized department of vascular surgery carry out direct treatment of myocardial infarction in the most acute and acute stages of the disease.

Rehab. In a special department of a hospital or cardiosanatorium, a patient undergoes rehabilitation after a myocardial infarction, which allows him to restore the functions of the body to the maximum under the supervision of doctors.

Outpatient. In the post-infarction period, the patient returns to normal life, periodically visiting a specialist in the clinic at the place of residence.

• The first is the relief of pain arising from necrosis of muscle tissue.

• The second is the restriction of the necrosis zone by the introduction of anticoagulant drugs and thrombolytics.

​• The third is to prevent the development of severe complications (acute heart failure, arrhythmias, etc.) with the help of special medications.

With untimely provision of medical care or when trying to treat myocardial infarction at home with so-called folk remedies, the risk of complications increases significantly and even death becomes possible.

With some effort, each person can significantly reduce the risk of developing such a serious disease. Measures to prevent myocardial infarction are quite simple: you need to limit the amount of fatty foods and fried foods in the diet, stop smoking and minimize the amount of alcohol, control cholesterol and blood sugar. We should not forget about physical activity, which should be feasible and regular. In addition, excessive stress, both physical and emotional, should be avoided. Maintaining health until old age is entirely in our hands.