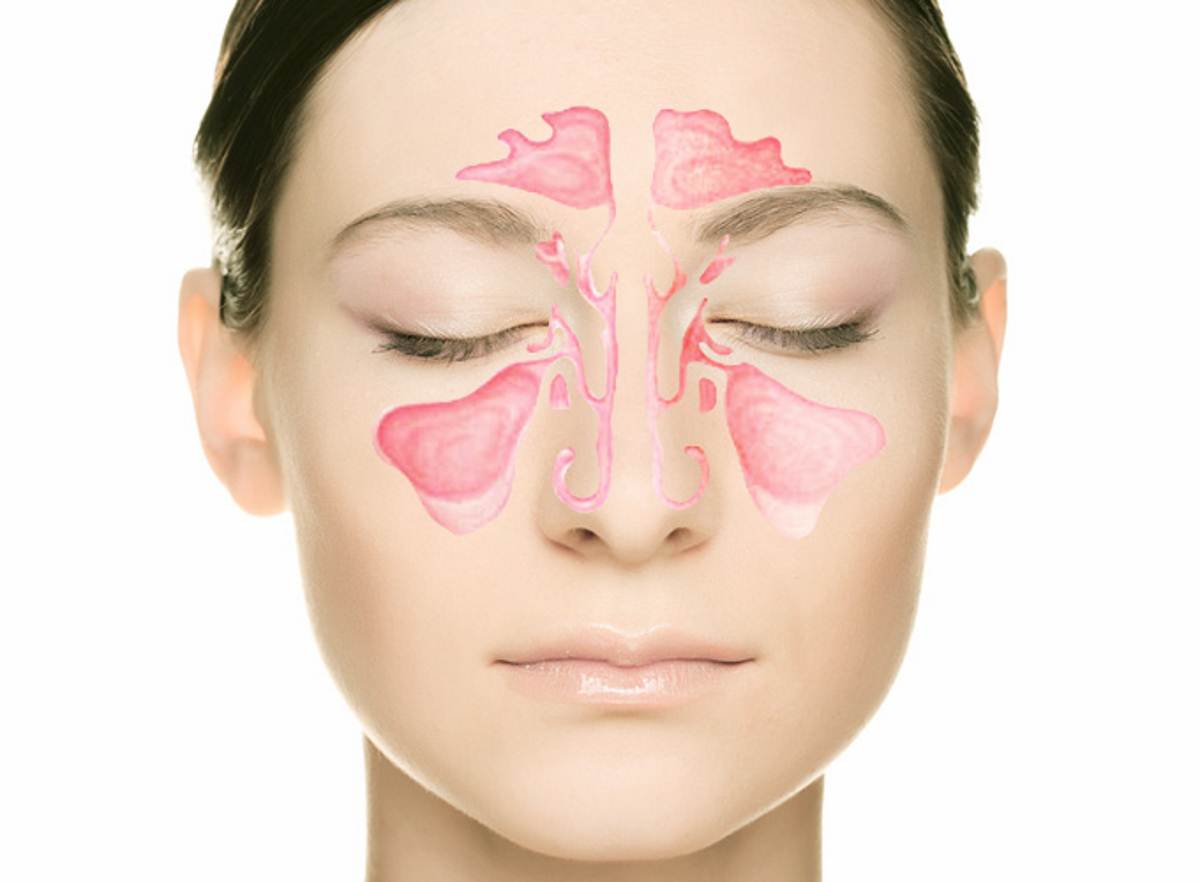 Fast and painless Treatment of sinusitis in Tashkent in the multidisciplinary clinic Gatling Med by the most experienced ENT doctors of Uzbekistan.

Sinusitis (a type of sinusitis) - inflammation of the maxillary paranasal sinus, occurs as a complication of acute rhinitis, influenza, measles, scarlet fever and other infectious diseases.

Downstream sinusitis can be acute and chronic. In the second case, the disease lasts more than 4 weeks, proceeds with alternating remissions and exacerbations. Exacerbations are characterized by an increase in the symptoms of purulent sinusitis.

The main cause of sinusitis is an infection - bacteria or viruses enter the maxillary sinus through the nasal cavity, through the blood, and most often due to pathological processes in the periapical areas of the upper teeth and cause an inflammatory process.

The transition of the disease into a chronic form is facilitated by:

cystic fibrosis and other causes of dyskinesia of the ciliated epithelium;

chronic inflammation of an allergic nature;

hypertrophic rhinitis, deformity of the nasal septum, nasal polyps and other anatomical obstructions to normal airflow;

The most common pathogen is Staphylococcus aureus. In the case of a chronic course, Pseudomonas aeruginosa and other gram-negative bacteria are often found. A third of patients have a mixed composition of the microflora. Often, purulent sinusitis is caused by microorganisms that live in the nasal cavity under normal conditions and enter the maxillary sinus when sneezing, coughing, and runny nose. To completely cure purulent sinusitis, it is recommended to determine the type of pathogen.

Diagnosis and treatment of sinusitis

For the treatment of sinusitis, decongestants are primarily used, the action of which is aimed at constricting blood vessels and reducing blood flow to the site of inflammation. As a result, swelling of the mucous membrane in the nasal passages is reduced and nasal congestion is reduced. If the disease is caused by streptococci, staphylococci or pneumococci, antibiotic therapy is indicated. For this purpose, antibiotics are used, which are usually prescribed for severe sinusitis, and if the patient has an allergy, only after special tests for the sensitivity of the body to them.

A healing effect in sinusitis also has a massage in the area of ​​projections of the paranasal sinuses, which helps to eliminate congestion. Another therapeutic recommendation concerns air humidification in the room where the patient is located. The fact is that the mucous membrane lining the nasal cavity and paranasal sinuses dries up in dry air. And this negatively affects their ability to self-cleanse and slows down the healing process. Therefore, the air must be humidified, for example, by hanging wet towels in the room for this purpose.

The Gatling-med clinic in Tashkent conducts thorough diagnostics and treatment according to modern standards, taking into account the individual characteristics of each patient. Our center employs ENT doctors with extensive experience and a high level of qualification, which allows them to treat sinusitis quickly and efficiently.