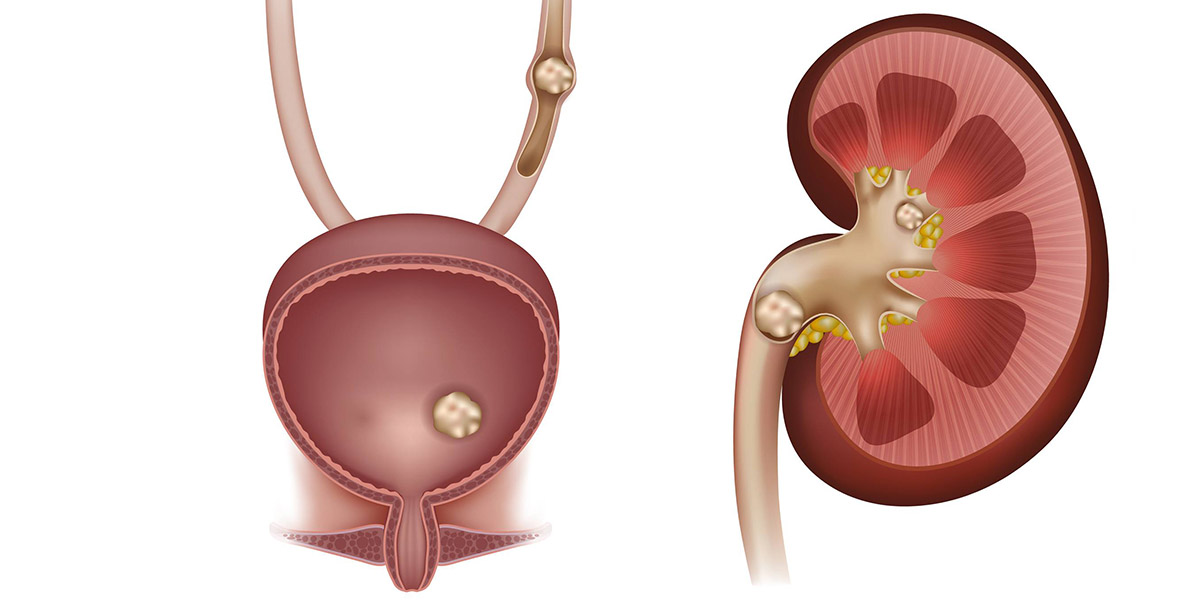 A ureteral calculus (or calculus) rarely appears directly in the duct. Most often it occurs in the kidney, from where it subsequently moves towards the bladder. A solid mass of free form is formed from the salts contained in the urine. The sizes of the formations vary from 1-2 mm to 10 mm or more.

Ureterolithiasis usually occurs in people over 30 years of age. A stone appears in the ureter in women and men, usually at the points of narrowing of the duct. As a rule, men 55 years of age experience severe pain when urinating. Small stones can come out naturally, and in difficult cases, qualified help is required.

The formation of stones in the urinary tract is often associated with metabolic disorders, features of human physiology and a hereditary predisposition to the disease. The main reasons for the development of ureterolithiasis:

- metabolic disorders, an increase in the proportion of uric, oxalic, phosphoric acids;
- unbalanced menu (excessive consumption of fatty and smoked foods, salt, lack of calcium in the diet);
- insufficient water intake, dehydration, increased density of calcium and phosphorus salts in urine;
- long-term use of a number of medications (tetracyclines, glucocorticoids, antacids);
- heredity, genetic predisposition to urolithiasis;
- congenital features of the urinary organs;
- infections, acute or chronic pyelonephritis
- failure of the endocrine system.

The choice of a method for treating ureterolithiasis depends, first of all, on the size and location of the calculus, the presence of complications (for example, inflammation). As a rule, conservative methods (drug therapy) are used at the initial stage. If drugs do not work, surgical, endoscopic and physiotherapy treatments are used.