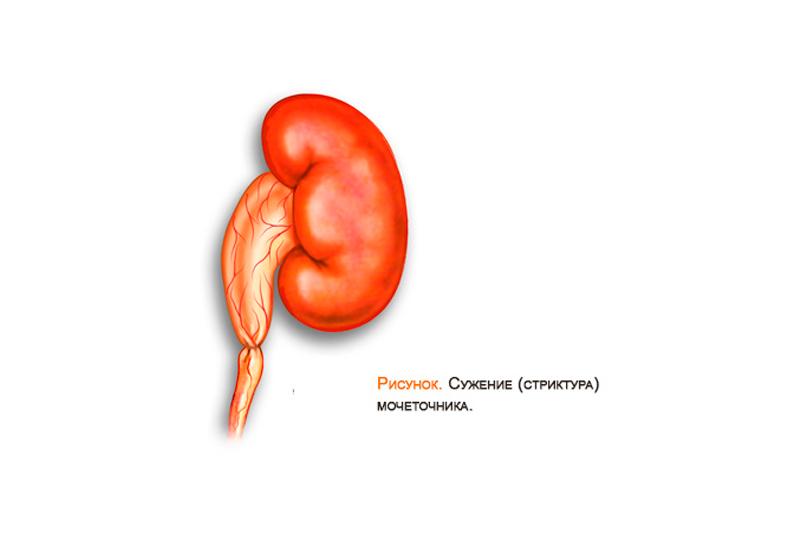 Ureteral stricture is an absolute indication for surgical treatment, the choice of which is determined by the structural and functional state of the ureters and kidneys, the extent and level of stenosis. With minimal damage to the renal tissue, various reconstructive operations of the corresponding section of the ureter are performed, the purpose of which is to eliminate the narrowing of the duct, to restore the free outflow of urine from the pyelocaliceal apparatus of the kidneys.

In case of serious lesions of the upper urinary tract and the development of renal failure, the first stage of surgical treatment is open or puncture nephrostomy. Sometimes endoureteral dissection of adhesions is performed with the installation of a stent, bougienage and balloon dilatation of the narrowed ureter, but they do not give a lasting effect and can lead to even greater complications. Ureterolysis - surgical removal of fibrous tissue that compresses and deforms the ureters from the outside, for greater efficiency is combined with resection of the narrowed area and other reconstructive operations.

In case of ureteroureteroanastamosis, an oblique resection of the stricture of the ureter and suturing of its ends on a specially inserted catheter are carried out; with pyeloureteroanastomosis - after a longitudinal dissection of the ureteral canal (including its healthy tissues, stricture and part of the pelvis), the walls are sutured in the transverse direction (side to side). Direct ureterocystoanastomosis is performed in the presence of a single stricture in the juxtavesical orifice, after which the intact end of the ureter is sutured into the wall of the bladder.

The modified Boari operation (indirect ureterocystoanastomosis) is used for more extended (up to 10-12 cm) strictures of the ureter, it allows you to form the remote part of the ureter from the bladder flap. In case of stricture in the ureteropelvic segment, to replace part of the ureter at the site of narrowing, a flap is created from the side wall of the renal pelvis (Foley operation).

With extensive strictures of the ureter, partial or complete intestinal plastics of the ureter are used, in which its narrowed part is replaced with an autograft formed from the tissue of the intestinal wall. Intestinal plastic surgery of the ureter is a rather large operation in terms of volume and duration, which is contraindicated in seriously ill and debilitated patients in the acute post-traumatic period. With strictures of the ureter, complicated by severe lesions of the renal tissue (polycavernous tuberculosis, hydronephrosis, pyonephrosis, wrinkling of the kidney), nephroureterectomy is performed (removal of the kidney and ureter).

The Tashkent clinic "Gatling - med", equipped with modern technologies and qualified doctors, is ready to answer all your questions, as well as provide proper treatment at affordable prices and in the shortest possible time.