Treatment of condylomas of the perianal area 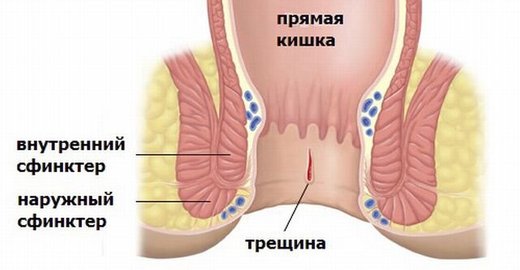 Genital warts in the anus are papillary formations of a gray-pink color. Perianal condylomas are also found in the form of separate islands, between which unaffected skin is visible, sometimes they are in the form of papillae that merge and form entire conglomerates that can close the anus.

Diagnose giant warts up to 20 cm or more in diameter. They all look like cauliflower.

Most often there are so-called simple genital warts, giant warts are also called Buschke-Levenshtein tumors by the names of the authors who first described in 1925 the giant genital warts of the penis.

It is now established that simple and giant warts are caused by human papillomavirus (HPV) types 6 and 11.

Patients with perianal condylomas complain of growths around the anus, a feeling of a foreign body in the perineum, burning, itching, a feeling of weeping in the anus, in the presence of large warts, pain and bleeding are often disturbed due to trauma by clothing and during defecation. The greatest concern is caused by large condylomas in the anus, which secrete a fetid fluid, in the growths themselves there may be fistulous passages, the local inflammatory process leads to intoxication and affects the general state of health. Moreover, the growth rate of genital warts can be very high.
Pointed papillomas in the anus are prone to recurrence both after conservative treatment with various drugs, and after their surgical removal.

The diagnosis can be made after an external examination of the perineum. You should also pay attention to the genitals, since genital warts can also be localized there.

TREATMENT
Conservative treatment of genital perianal warts is usually used for small warts, when there is a gap of healthy skin between individual piles of growths. A solution of condylin is used: with the help of a special stick (it is attached to the vial with the drug), the cauterizing solution is applied to condylomas, while avoiding contact with the solution on healthy skin. There are antiviral drugs in the form of ointments - podofilin, bonafton. Local treatment is recommended to be combined with immunostimulants.

Forecast. Recurrence of genital warts is observed equally often with all methods of removal. The relapse is due to the fact that the disease is caused by a virus, and if the body cannot cope with the infection, then only a local effect on warts (cauterization, removal) will not give a lasting recovery. Treatment should be comprehensive: antiviral drugs, immunostimulants, removal of genital warts. With malignancy, the prognosis is unfavorable.