Treatment of cysts of the perianal region 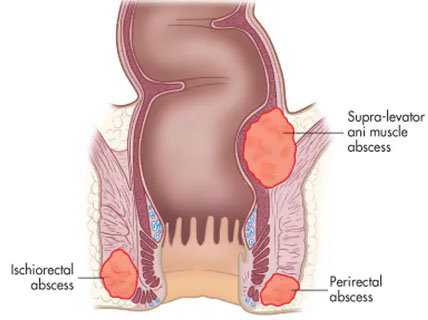 A cyst is a painful formation, a cavity in various organs and tissues, the contents of which are liquid or dead cells.

Doctors distinguish between true and false cysts: the true one is lined with epithelium, the false one is not. A cyst can develop in utero (congenital) or during life (acquired). According to the histological structure of cysts, there are:

retention - occur due to blockage of the duct of the gland;

- duplication - doubling of the site of the organ, along the digestive canal can develop anywhere;

- parasitic - the initial stage of development of tapeworms;

-traumatic - are formed when the epithelium is pressed into the underlying tissues, which is typical for the hands and feet;

- dysontogenetic - are formed if the embryonic channels and crevices do not resolve in time, in the intestine these are the remains of the yolk-intestinal tract;

The symptomatology depends entirely on the location of the cyst. For unknown reasons, the preferred location is the sigmoid and rectum, less commonly the small intestine and mesentery, or the site of attachment to the posterior wall of the abdomen. Polycystic bowel disease is rare.

While the cyst is small, it does not manifest itself in any way. With an increase, the following symptoms may appear:

- unsharp pains in the abdomen without a clear localization, pulling or cramping (colic);

-feeling of incomplete emptying of the bowels;

- with a large cyst in the perianal region and perineum, you can feel a dense, painless, elastic knot that is not soldered to the skin;

-pain in the perineum;

-feeling of the presence of a foreign body in the intestines;

-Frequent and ineffectual urge to urinate and defecate.

It is difficult to establish a specific cause, but statistics show that the following risk factors matter:

-the predominance of red meat in food;

- the use of a large amount of fresh white bread and muffins.

TREATMENT
Depends on the size and location of the cyst. If the formation is discovered by chance during a routine examination or during an examination for another reason and does not manifest itself in any way, then at first they observe its growth and “behavior”. Once every six months or more often - as the doctor prescribes - you need to undergo a second examination. The cyst cannot resolve or disappear on its own. Only hormone-dependent formations decrease in size, but this is a completely different story. Once a cyst occurs, it accompanies a person until the end of days. If it does not increase in size and does not bother, then you can not delete it. However, it is required to monitor its condition at least once a year.