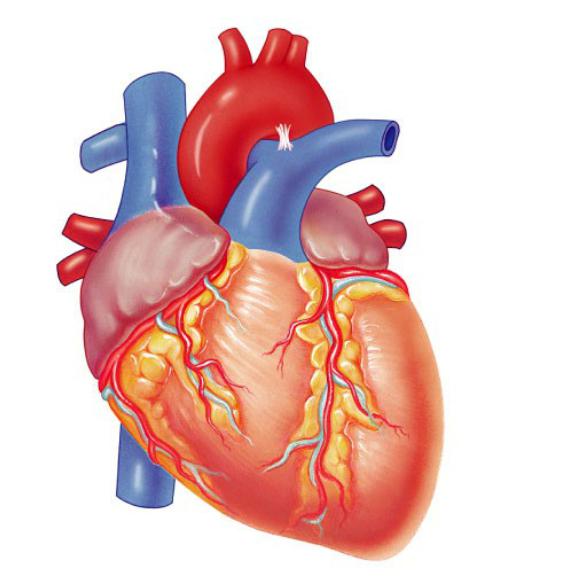 Congenital heart defects - intrauterine anomalies in the development of the heart (including its valves, septa) and large vessels. Their frequency is not the same in different regions, on average they are observed in approximately 7 out of 100 live newborns; in adults, they are much less common. In a small part of cases, congenital defects are of a genetic nature, but the main reasons for their development are considered to be exogenous effects on organogenesis, mainly in the first trimester of pregnancy (viral, for example, rubella, and other maternal diseases, alcoholism, the use of certain drugs, exposure to ionizing radiation.
Classification. Several classifications of congenital heart defects have been proposed, common to which is the principle of subdividing defects according to their effect on hemodynamics. The most generalizing systematization of defects is characterized by their unification, mainly by their effect on pulmonary blood flow, into the following 4 groups.

Symptoms:
Symptoms of a defect with a large defect appear in the first year of life: children are lagging behind in development, are inactive, pale; as pulmonary hypertension increases, shortness of breath appears, cyanosis with exertion, and a heart hump forms. In the III-IV intercostal space on the left edge of the sternum, intense systolic murmur and the corresponding systolic tremor are determined. There is an increase and emphasis AND of the heart tone over the pulmonary trunk. Half of patients with large septal defects do not live up to 1 year due to the development of severe heart failure or the addition of infective endocarditis.
With a small defect in the muscular part of the septum (Tolochinov-Roger disease), the defect can be asymptomatic for many years (children develop normally mentally and physically) or manifest itself mainly by frequent pneumonia. In the first 10 years of life, spontaneous closure of a small defect is possible; if the defect persists, pulmonary hypertension gradually increases in subsequent years, leading to heart failure.

Treatment
Treatment is only surgical. In the case when the operation is not possible, the patient is prescribed a regimen of limited physical activity, delaying the decompensation of the defect, and with the onset of heart failure, mainly symptomatic treatment is carried out. Some congenital heart defects (gl. Arr. From group 1) do not require special treatment.
The following are some of the most common congenital heart defects in adults.
Dextrocardia is a dystopia of the heart in the chest cavity with most of it located to the right of the midline of the body. Such an anomaly of the location of the heart without inversion of its cavities is called dextroversion. The latter is usually combined with other congenital heart defects. The most common dextrocardia with inversion of the atria and ventricles (it is called true, or mirror), which can be one of the manifestations of the complete reverse arrangement of internal organs. Mirror dextrocardia is not combined, as a rule, with other congenital heart defects, hemodynamic disturbances are absent in it.