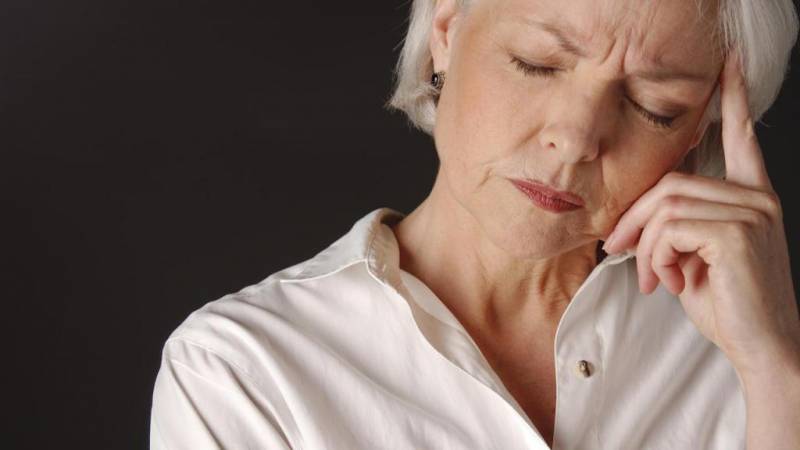 According to various studies, climacteric neurosis accompanies the onset of menopause in 30% to 60% of women. The hormonal changes associated with this process affect not only the body, but also the mental state of the woman. The climacteric period can last for years, and the longer you ignore the symptoms of the accompanying neurotic disorder, the stronger they become and take root in the psyche. This violation, despite the natural causes of its occurrence, requires the same serious attitude as other mental disorders.

Symptoms of neurosis during menopause

The symptoms of climacteric neurosis are not much different from the symptoms of other types of neurosis. As a rule, among the manifestations of this disease, women note chronic fatigue and weakness, fatigue, irritability, mood swings. In addition, vegetative-vascular disorders such as unstable blood pressure, cardiac arrhythmia, excessive sweating, and so on can develop. Of course, not all women during menopause is accompanied by the occurrence of pathology. The appearance of neurosis is also associated with the initial state of health of the body and mind of the patient, how she felt before the onset of premenopause. Thus, the possibility of developing climacteric neurosis can be fixed even earlier than the rest of the symptoms of menopause appear.

As with all other mental illnesses, the treatment of climacteric neurosis should only take place under the guidance of a doctor, since in order to prescribe the most effective therapy, it is necessary to take into account all the features of the patient's symptoms. First of all, hormonal drugs are prescribed, the purpose of which is to even out the hormonal background of a woman, which is achieved even with a low level of estrogen. It is much more difficult to get rid of vegetovascular disorders, they can manifest themselves for several years. Working with the psycho-emotional state falls on the shoulders of a psychotherapist and psychologist, who can not only prescribe different types of therapy, but also prescribe pharmaceutical treatment. Often, women with this neurosis are prescribed antidepressants or tranquilizers.

When fulfilling all the appointments and undergoing therapy, a woman can improve her emotional state, begin to adequately perceive the changes taking place with her. In therapeutic work, it is important to rid the patient of stereotypes fixed in her mind through cultural images and public opinion. With the right, competent approach of a psychotherapist, a woman can enter this stage of her life, remaining happy and self-confident!