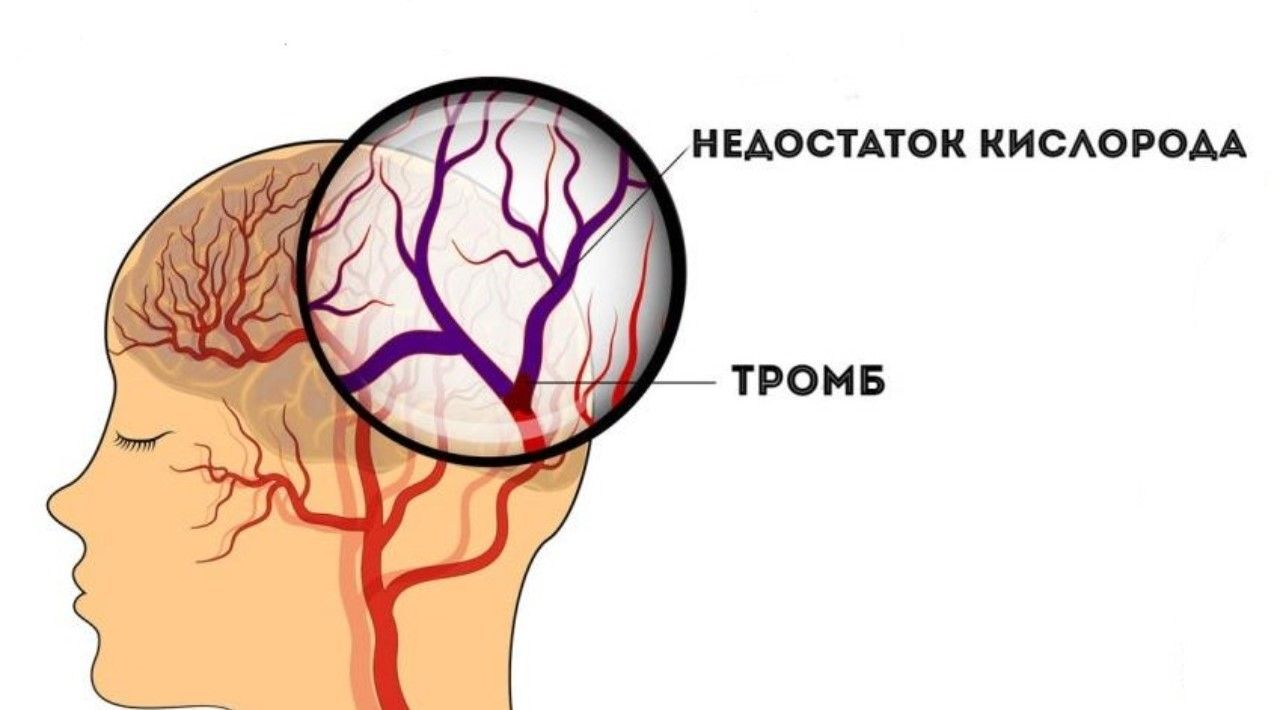 Effective Treatment of ischemic stroke in Tashkent by the most experienced neurologists of Uzbekistan in the modern multidisciplinary clinic Gatling Med.

Ischemic stroke is a violation of cerebral circulation with damage to brain tissue, a violation of its functions due to difficulty or cessation of blood flow to one or another department. Accompanied by softening of the brain tissue - cerebral infarction. It may be due to insufficient blood supply to a certain area of ​​the brain due to a decrease in cerebral blood flow, thrombosis or embolism associated with diseases of the vessels, heart or blood. It is one of the main causes of death among humans.

The following manageable risk factors contribute to an increased risk of ischemic stroke:

The unavoidable risk factors include the following:

Ischemia usually occurs due to thrombosis or embolism. Even such infarcts, which, according to clinical criteria (morphology, size and localization), are lacunar, often develop as a result of thrombosis or embolism of small vessels.
Any factor that impairs the circulatory system (eg, carbon monoxide toxicity, severe anemia or hypoxia, polycythemia, hypotension) increases the risk of all types of ischemic stroke. A stroke can occur in the border areas, between the blood flows of individual arteries; in such areas the blood supply is normally low, especially if patients suffer from hypotension and/or if the main cerebral arteries are constricted.

Less commonly, ischemic stroke is due to vasospasm (eg, migraine, subarachnoid hemorrhage, use of sympathomimetic drugs or drugs such as cocaine or amphetamines) or venous sinus thrombosis (eg, intracranial infection, after surgery, childbirth, hypercoagulation).

For the choice of treatment tactics, early diagnosis and differential diagnosis of ischemic, hemorrhagic strokes and subarachnoid hemorrhage are of decisive importance. Accurate diagnosis of the nature of stroke is clinically possible only in 70% of cases.

Physical examination occupies an important place in the diagnosis and determination of the patient's condition. The functions of respiration and the cardiovascular system are assessed (primarily, central hemodynamic disorders for emergency correction), which in some cases makes it possible to determine the pathogenetic nature of a stroke (the presence of arrhythmia and heart murmurs suggest a cardioembolic stroke; systolic murmur in the area of ​​bifurcation of the common carotid artery speaks of its stenosis; the difference in blood pressure and pulse on opposite sides indicates stenosis of the aortic arch and subclavian arteries).

During neurological examination, the state and level of consciousness are specified; topical diagnosis of focal brain damage is carried out.

To obtain information about the cause of ischemic stroke, duplex and triplex ultrasound scanning of the precerebral arteries of the head and cerebral arteries is performed. This method allows you to visualize the carotid arteries, to explore the blood flow using spectral Doppler. Transcranial Dopplerography allows you to determine the state of some intracranial arteries, indirectly assess the speed of blood flow in them.

The most informative diagnostic method is angiography, which allows you to detect narrowing of the lumen, aneurysms and other pathological changes in the arteries. Angiography, taking into account possible complications, should be used according to indications. Non-traumatic methods for diagnosing the state of cerebral vessels can also be used - MR angiography or CT angiography.

In addition to the above methods, it is mandatory to conduct an ECG and echocardiography to exclude concomitant cardiac pathology, an x-ray examination of the lungs to diagnose pulmonary complications (aspiration pneumonia, pulmonary embolism, etc.), clinical, biochemical blood tests and other routine tests, coagulogram, blood gases. Obligatory consultation of the therapist and ophthalmologist.