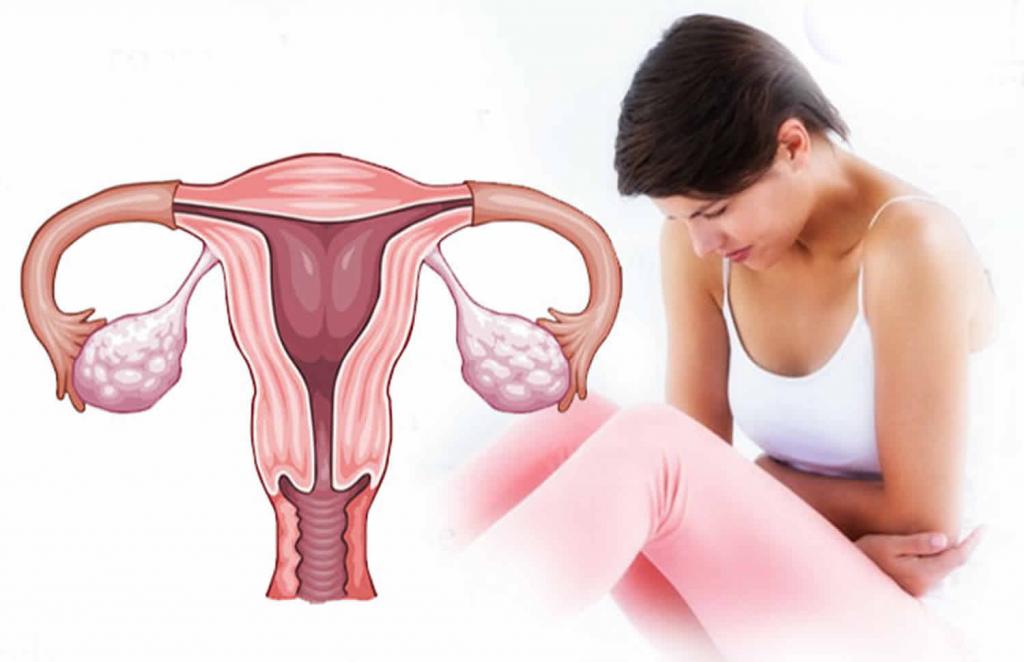 In childbearing age, inflammatory processes of the reproductive system, diseases of the endocrine glands, surgical termination of pregnancy, stress, etc. are common causes that cause ovarian dysfunction and uterine bleeding;

The clinical picture of uterine bleeding at any age is characterized by prolonged spotting that appears after a significant delay in menstruation and is accompanied by signs of anemia: pallor, dizziness, weakness, headaches, fatigue, lowering blood pressure.

When diagnosing dysfunctional uterine bleeding, it is necessary to consult several specialists: a gynecologist, an endocrinologist, a neurologist. Doctors identify medical history data, evaluate the development of secondary sexual characteristics, physical development. Blood tests, ultrasound of the pelvic organs, thyroid gland and adrenal glands, MRI of the brain are prescribed in order to exclude tumor lesions of the pituitary gland.

Modern gynecology has in its arsenal several ways to stop dysfunctional uterine bleeding, both conservative and surgical. The choice of the method of hemostatic therapy is determined by the general condition of the patient and the amount of blood loss. With anemia of moderate degree (with hemoglobin above 100 g / l), drugs that reduce the uterus are used. Bleeding usually stops 5-6 days after the end of the medication.

Usually, this disease is caused by an unpredictable change in hormone levels, which cannot be prevented. Excess weight affects the ratio of hormones in the human body, so it can contribute to the appearance of the aforementioned disease. When overweight, it is worth losing weight to reduce the likelihood of developing DMC.