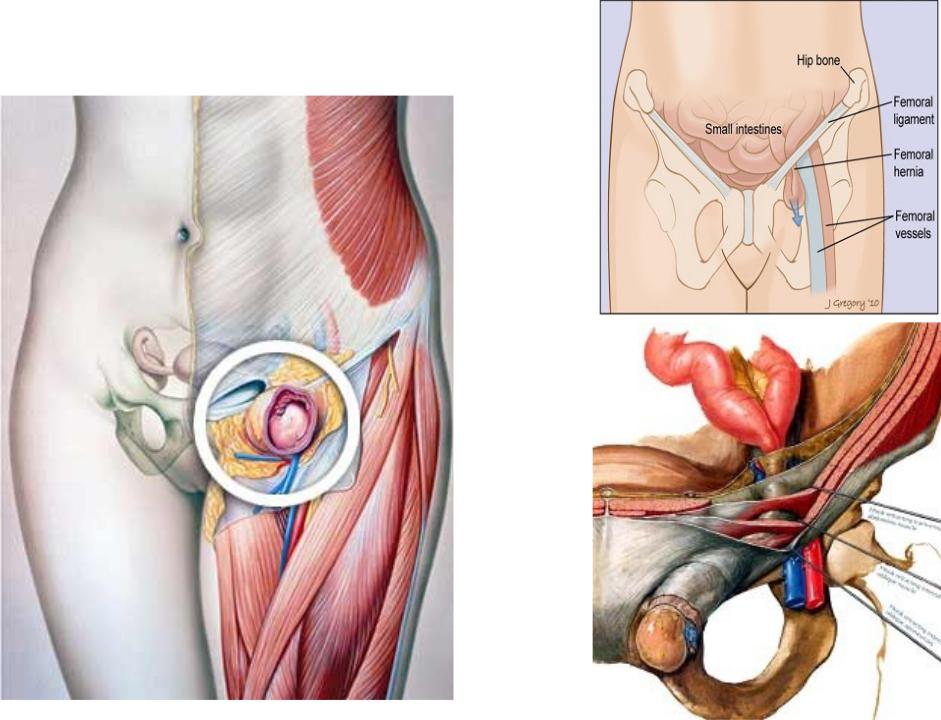 In the initial and incomplete stage, the pathology manifests itself as discomfort in the groin or lower abdomen, which is aggravated by walking, running and other physical activity. Sometimes in these stages, the femoral hernia is asymptomatic and first manifests itself only in connection with parietal infringement.

The absence of vivid manifestations at the initial stages of a femoral hernia complicates the early diagnosis of a femoral hernia. When recognizing a disease, it takes into account the typical symptoms (the presence of a spherical protrusion in the femoral triangle in an upright position and reducibility in the supine position, a symptom of a cough thrust, etc.).