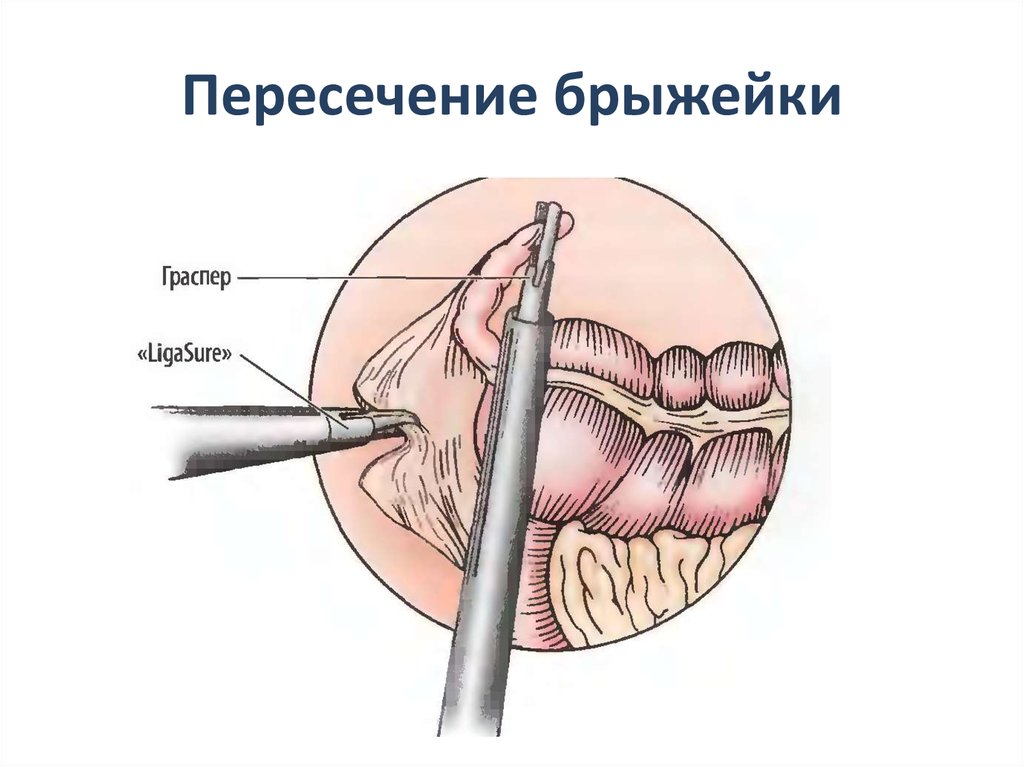 Appendicitis (from the Latin appendicitis) is an inflammation of the process of the caecum (appendix) of an acute or chronic nature. This disease often occurs in the abdominal cavity and leads to mandatory surgical intervention. Inflammation of the appendix can manifest itself in different age periods, according to statistics, most often in women.
At the moment, laparoscopic appendectomy is the most popular method for removing appendicitis with a wide range of possibilities for examining the abdominal cavity.
Laparoscopic appendectomy, due to its merits, is the preferred operative method in most cases of suspected acute appendicitis.

- acute appendicitis - an aggravated inflammatory-necrotic process caused by blockage of the lumen of the appendix and proceeding with the participation of microflora;

- chronic - is found extremely rarely and develops as a consequence of the transferred acute form, characterized by sclerotic and atrophic transformations in the wall of the process.

With appendicitis, initially a person feels pain in the upper abdomen or the umbilical zone, after a few hours the pain moves to the iliac zone on the right.
Pain is exacerbated in accordance with the progression of the disease, as well as with coughing and various movements. The irritation of the parietal peritoneum increases, the pain settles in the right lower abdomen. This stage is - acute appendicitis. With the development of the disease, there is a decrease in appetite, the appearance of nausea, vomiting, fever up to 38 ° C, diarrhea, frequent urge to urinate, and increased heart rate are possible.
Symptoms also depend on the location of the appendix. If the process is retrocecal (located behind the cecum), the pain will be dull, if the appendix is ​​located in the pelvis, then constant aching (atypical).

After laparoscopic appendectomy, the patient is discharged after 2-3 days. He can return to his usual life much earlier than with abdominal appendectomy. To restore health and the full functioning of all body systems, at first you should follow all the recommendations of the surgeon, sleep and rest, as well as diets. The diet should be foods that stimulate intestinal motility: broths, decoctions, sour milk, jelly, whole grain bread, etc. Contraindicated: smoked, spicy, fatty foods, rich pastries, white bread and alcohol.

Removal of the appendix (appendix) is one of the most common surgical procedures. To date, a worthy alternative to surgical removal of the appendix has not been found. The single described studies on non-surgical treatment have so far remained at the level of experiments and have not received wide distribution.
The operation for acute appendicitis is to remove the inflamed appendix. This can be done in several ways: in the traditional open way, laparoscopically through one port, or using NOTES technology (through the vagina or stomach). Each method has its strengths and weaknesses.