Circumcision of the foreskin 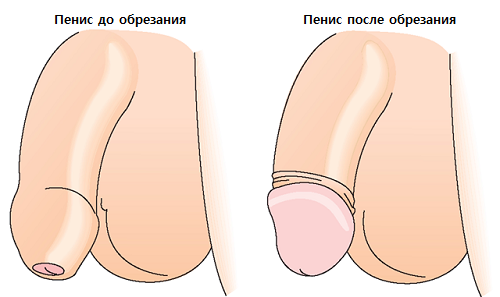 Absolutely painless Circumcision of the foreskin in Tashkent by the most experienced surgeons of Uzbekistan in the modern multidisciplinary clinic Gatling Med.

Circumcision is a surgical operation to remove the foreskin in boys and men for various purposes:

national (for example, the sign of a Jew's belonging to the Jewish people - brit-mila).

What are the benefits of circumcision?

Initially, circumcision was dictated by hygiene considerations. This operation was practiced by southern peoples suffering from a lack of water in order to avoid pollution and, as a result, infection of the foreskin of the penis. If this part of the body is not washed regularly, secretions of the sebaceous glands of the penis and urine residues collect under the skin fold, which is an excellent breeding ground for various pathogenic bacteria. And this, in turn, can lead to inflammatory processes in both the man himself and the woman who lives with him sexually. Circumcision, although not one hundred percent, solves these issues.

Another goal pursued by circumcision is the prevention of various diseases, ranging from those that are sexually transmitted to cancer. According to medical statistics, men who have been circumcised are less likely to get penile cancer than those who have not had such an operation. However, the same doctors add that this type of cancer is generally quite rare, so sacrificing the foreskin just to avoid it may not be worth it.

There is also an opinion that circumcision protects against sexually transmitted diseases and AIDS. The head of the penis, unprotected by the skin, becomes harder, rougher and less injured during intercourse. Therefore, there are much fewer "loopholes" in the form of wounds and cracks through which the infection can enter the body. However, personal protective equipment in the form of condoms and bactericidal gels give a similar result.

Circumcision also affects the duration of sexual intercourse. The fact is that the rough skin on the surface of the glans penis is less sensitive and excitable, so the discharge occurs later than in men who have not been circumcised - they have it more tender, and therefore the reaction to pleasure is much faster.

At Gatling Med, the operation is performed under general anesthesia. After a maximum of 2 hours, the patient can go home. After a certain period of time, determined by the doctor, you need to come to the clinic for dressing. Full healing will take 3-5 weeks. After this time, you can have an active sex life.