Why does blood appear in the stool? 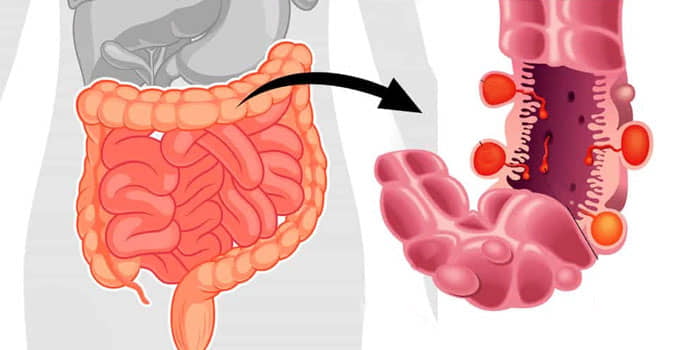 The appearance of blood in the stool is a very alarming sign. Even if there are no additional symptoms, and the person may feel well, even this may be the first sign of the disease.
Blood in the stool indicates that some damage to the intestines or its vessels has occurred. You need to see a doctor right away for an accurate diagnosis.
This symptom can be associated with various diseases. An important role is played by the fact in what form the blood comes out in the feces, so you should take this carefully.

WHERE DOES THE BLOOD IN THE FAECES FROM?

Blood in the stool is a symptom of a large number of diseases. Rarely, when this is the only sign of violations of the body. It is possible to diagnose the disease only after studying all the symptoms and prescribing a series of tests. Most likely, the appearance of red blood in the feces indicates damage to the mucous membrane of the rectum. If bleeding occurs in other parts of the intestine, the blood in the feces will become dark brown or black. The reasons for the appearance of such secretions can be very diverse.
So, for example, a symptom manifests itself during a disease called ulcerative colitis. In this case, streaks of blood are observed, both in liquid and solid feces.
The question is often asked whether blood in the stool is a manifestation of hemorrhoids. There is such a possibility if scarlet blood remains on the toilet paper or if blood appears that does not mix with feces. It may also indicate a crack in the anus. The worst option is rectal cancer.
If, along with the blood, a manifestation of mucus is also observed, then this may be ulcerative colitis, proctitis, or polyps in the rectum. Excessive bleeding may be a sign of ischemic colitis or rectal diverticulosis.
If a small amount of blood is a one-time use, it does not mix with feces for constipation, then this may be a common overdistension or rupture of the anus due to too hard feces. In this case, a visit to the doctor is not required. However, there is a risk of so-called occult blood, which can be caused by bleeding from the gastrointestinal tract. In this case, a disease such as a duodenal ulcer or stomach ulcer is likely. At the slightest suspicion of these diseases, it is necessary to immediately pass an analysis for occult blood in the feces.
Symptoms depend on what disease caused the appearance of blood in the stool.

Since the cause of blood in the feces can be various diseases, it is impossible to single out any one direction in the treatment. The most important thing is not to let everything take its course, immediately consult a doctor and do a microbiological analysis of feces, which will help to accurately establish the correct diagnosis. After a thorough diagnosis, a diagnosis is made, and then the underlying disease is treated, which caused the appearance of blood in the stool. During treatment, it is recommended to exclude products that can mechanically or chemically injure the gastrointestinal tract. Sometimes doctors prescribe a special diet.