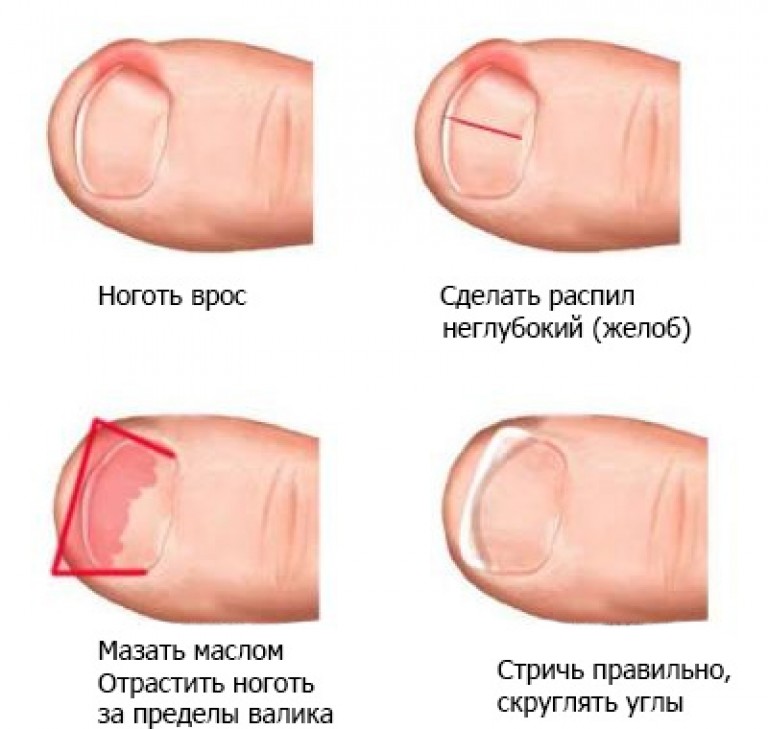 Ingrown nails are one of the most common nail problems. Often this is not only pain when walking, but a long-term painful inflammation of the nail folds with purulent discharge.

The nail plate is deformed and grows into the periungual roller and causes an inflammatory reaction, which is accompanied by pain, swelling, redness. Later, suppuration joins, and purulent fusion of the soft tissues of the finger.

Indeed, inflammation in the area of ​​​​the nail folds can cause severe septic complications such as panaritium. Such a lesion can quickly spread to all tissues of the hand or foot, causing sepsis.

In some cases, the periungual folds seem to float on the nail, causing it to twist and significantly deform, complicating treatment.

Ingrown nail plates in the side ridges can occur due to the banal improper trimming of the free edge, but as practice shows, this reason is rare. Most often in adults, the cause is long-term wearing of narrow model shoes, violations of the transverse arch of the foot with flat feet, hallux valgus deformity of the first toe.

Under these conditions, there is an excessive load on the soft tissues when walking, which entails their "planting" on the nail plate, which, in turn, is also subjected to deformation.

A change in the shape of the nail plate itself can be caused by the presence of a fungal infection or an injury to the growth zone of the nail.

You can understand the reason already at the first appointment with the doctor. Sometimes a study of the nail plate is required to detect a fungal infection.

TREATMENT
Treatment of an ingrown toenail can be conservative - the imposition of corrective plates, wearing orthopedic shoes, correctors or insoles, or surgically - the removal of the entire nail plate or only part of it (marginal resection).

Sometimes doctors destroy the growth zone of that part of the nail plate that has undergone resection. This achieves the desired width of the nail in the future.

Also, orthopedic doctors make individual insoles at the very first appointment to prevent the occurrence of this problem in the future.