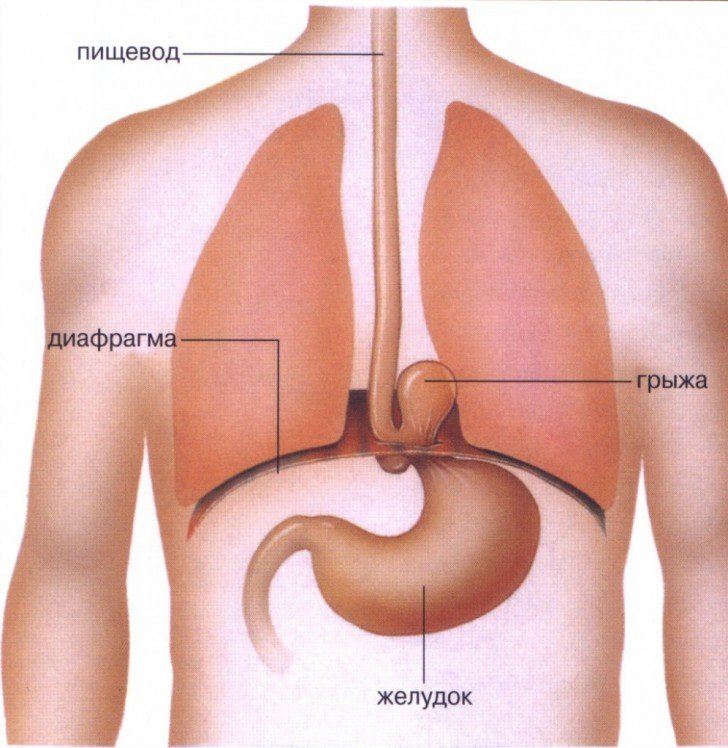 Causes of the disease

The cause of diaphragmatic hernia is the increased elasticity of the tissues limiting the esophageal opening of the diaphragm. Such elasticity may be innate. Sometimes there is an anomaly of development - the so-called "short esophagus with a thoracic stomach." But more often, a hernia occurs during the patient's life under the influence of conditions that contribute to an increase in intra-abdominal pressure: heavy physical labor, obesity, ascites (accumulation of fluid in the abdominal cavity), endocrine diseases. Sometimes pregnancy leads to a hiatal hernia. The weakening and thinning of ligaments and connective tissue with age matters.

The diagnosis of hernia of the esophageal opening of the diaphragm is established by x-ray examination. Conventional fluoroscopy of the esophagus and stomach with barium contrast is often sufficient. To clarify the diagnosis, esophagogastroscopy is performed.

A diet with fractional meals in small portions is prescribed, treatment of constipation. Physical therapy is a must. Performing certain exercises helps to avoid displacement of the stomach. Drugs are used to reduce gastric secretion and reduce the acid aggressiveness of gastric contents, normalize dyskinesia of the gastrointestinal tract.

The occurrence of complications of a hernia of the esophageal opening of the diaphragm is an indication for the appointment of surgical treatment.